Motorola has announced the Moto Z2 Play. Here are its specs, price and US release date info. In short, here is everything you need to know about the new phone.

Last year was a big year for Motorola, and after announcing multiple smartphones, the one which captured the attention, and likely the most sales, for the company was the Moto Z Play. Combining impressive performance with battery life that did not suffer as a result, the smartphone was a hit and Motorola has understandably decided to try and capitalize on that by today announcing the new Moto Z2 Play. 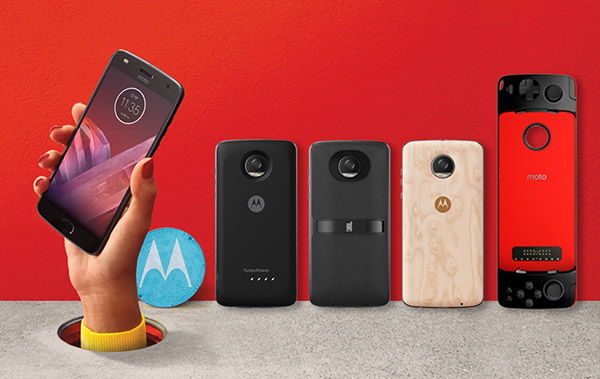 To look at, the new Moto Z2 Play looks similar to the handset that it replaces, although the rear panel is now made of metal rather than the glass that the original device used. The same camera bump and Moto Mod pins remain, and the general aesthetics of the smartphone will immediately make owners of the Moto Z Play feel right at home. One area the new offering bests its predecessor is thickness though, coming in at just 5.99mm thick.

It’s not all good news, though. In order to achieve that new svelte look, the Moto Z2 Play now carries a smaller battery than the previous phone, going from 3,510 mAh to just 3,000 mAh. That is a fairly large chunk of battery life that this phone will not have, and while it should still be enough to get most people through the day, those who enjoyed the Moto Z Play for its excellent longevity may be disappointed.

Beyond the battery, the Moto Z2 Play takes advantage of a Snapdragon 626 processor, 3GB or 4GB of RAM and 32GB or 64GB of storage. The phone will also ship with Android 7.1 Nougat and sports a 5.5-inch 1080p AMOLED display around the front. Camera-wise, we have a 12-megapixel shooter at the back with 5-megapixel camera above the phone’s display.

The Moto Z2 Play will be arriving in the US this summer, and the 4GB of RAM with 64GB of storage model will go for $499.