Hardware manufacturer Lenovo has used its keynote at Tech World to introduce two flagship Android-powered smartphones from its sister company Motorola. Following hot on the heels of the introduction of the world’s first Google Tango-powered device, the company has now finally put that Motorola acquisition to good use by introducing the new Z series of Moto smartphones, consisting of the Moto Z and the Moto Z Force, both of which come with practically identical visual identities.

Here’s everything you need to know about both Moto Z and Moto Z Force, the Lenovo/Motorola’s 2016 flagship smartphones in Moto lineup. 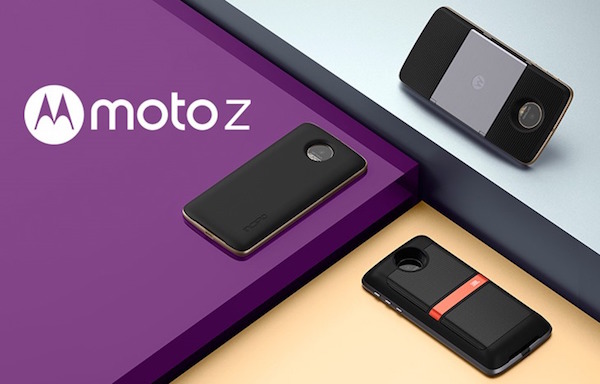 The Moto Z is first of the two devices in the lineup, and it is just 5.2mm thick. This particular model is powered by a quad-core Snapdragon 820 processor with an accompanying 4GB of RAM to bump up that processing power. Consumers will have the option of purchasing the Moto Z in either a 32 or 64GB internal storage capacity with ability to expand it through microSD card, and of course, the hardware adopts the new USB Type-C standard. From a display perspective, the Moto Z serves up a 5.5-inch Quad HD (2560-by-1440 pixel resolution) display, and offers a rear-facing 13-megapixel camera with dual-LED flash. Battery capacity of Moto Z is 2600mAh.

The second of the two phones, the Moto Z Force, has a slightly increased thickness at 7.2mm, which is actually still extremely competitive on the smartphone landscape. Internally, the Moto Z Force comes equipped with the same internal setup as the Moto Z, offering a Snapdragon 820 processor with 4GB of RAM alongside it as well as the same storage options. Both devices feature expandable storage as well through the addition of microSD, and are powered by Android 6.0.1 Marshmallow.

The biggest difference between the two phone lies in the display department, which while has same size and resolution, but comes with ShatterShield protection, which is guaranteed not to crack or shatter. Apart from this difference, the additional thickness in Moto Z Force has also allowed Lenovo to integrate a 21-megapixel camera sensor with optical image stabilization and laser autofocus, along with larger 3500mAh battery. 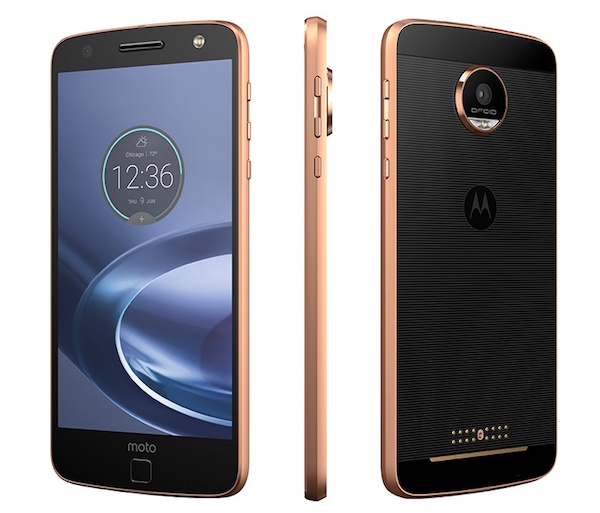 The specifications for both models are great for 2016 flagships, but it’s the modular capabilities of these two new smartphones that will really make or break them. Lenovo has built the devices in such a manner that they are compatible with what’s being called Moto Mods; essentially snap-in modules that bring additional functionality to the device depending on the owner’s needs and desires. As an example, device owners can opt to snap-in a module with a built-in speaker and battery, or opt for one with a pico projector built-in should they see fit. The video embedded below shows this unique feature in action:

Another interesting thing to note here is that the traditional 3.5mm headphone jack has been completely ditched on both the phones, what this means is that you will either have to use USB Type-C headphones, or any of the bluetooth-capable headphones.