I guess it was only a matter of time until we started seeing applications and programs being released for other operating systems which took inspiration from Siri, the new personal assistant on the Apple iPhone 4S. The Siri intelligent voice analysis software has been extremely well received by consumers and is one of the main selling points of the 4S moniker-bearing device. 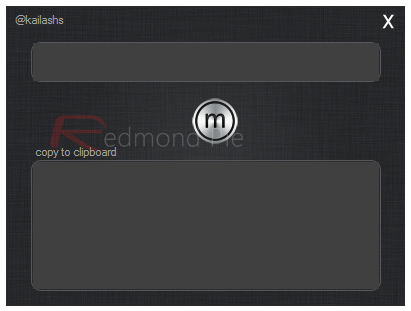 In recent days we have seen the release of an ‘official’ Siri application for Android, which was subsequently pulled from the market by Google as it was attempting to masquerade as an official Apple application by using the word ‘official’ and a carbon copy of the increasingly famous Siri icon. Upon further inspection of the Android Siri application, it turned out to be a shortcut that launched the built in Google voice actions found within Android.

Step forward developer iSubedi who has produced his own, unique implementation of Siri for the Windows operating system. For those in the know, iSubedi worked on a project called QuickMath which he believed would provide a perfection foundation for his latest project due to the fact it already had the inclusion of web service’s APIs giving it the ability to perform calculations and find weather conditions.

The developer has christened his application ‘Mitini’ and although not perfect it does provide Siri-like features. As previously mentioned, Mitini is built upon a previous program which can elegantly handle requests such as weather finding and mathematics calculations. The inclusion of a voice recognition system provided the ability to accept user input via speech, and when combined with one another of iSubedi’s projects, QuickPlay, gave Matini instant music playback features.

Unsurprisingly, Mitini is nowhere near as accurate or powerful as Siri, after all Apple stumped up a reported $120 million to acquire the company which produced the original assistant software. Mitini, however, does offer an extremely polished and fun experience on your Windows machine and provides a perfect foundation should the developer wish to expand the project. 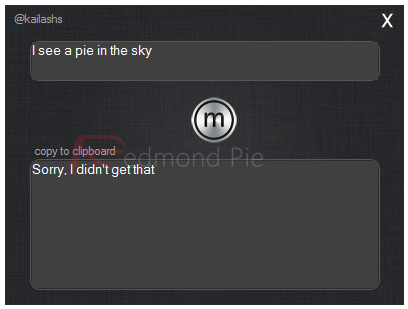 For those who wish to download and try this fun project, don’t be alarmed if you received error messages or Mitini replying to you by saying "Sorry, I don’t get that". The developer has built the program using entirely free of charge APIs which unfortunately have monthly request and bandwidth limits.