Hot on the heels of Intel attacking Apple’s M1 chip, Microsoft is now at it with the iPad Pro. According to a new Microsoft Surface Pro 7 ad, the iPad Pro doesn’t stand up to the task.

The ad itself highlights various points that Microsoft thinks makes its tablet the better option, starting with the kickstand. Apple does also offer a keyboard that can act as a stand but, as Microsoft says, it’s heavy. Microsoft seems to simply be ignoring the fact other ways to stand the iPad Pro up exist. 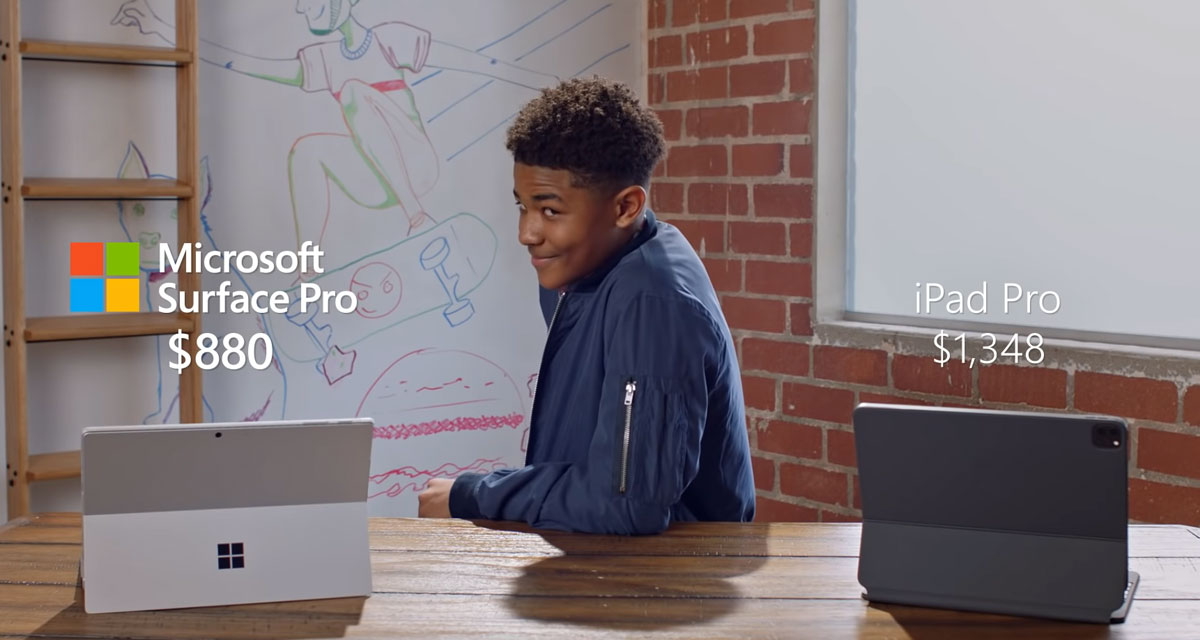 Predictably, Microsoft ads also point out that the iPad Pro has just a single USB-C port with dongles needed for additional connectivity. The fact ads still go this route suggests ad companies are just being lazy at this point.

Microsoft also gets into the money side of things, with the Surface Pro 7 starting at just $750 with a keyboard included. Apple’s iPad Pro, with keyboard, costs significantly more at more than $1300. Microsoft absolutely has a point there and it’s a shame it is ruined by some of the others.

Apple could be set to go a similar route as the iPad Pro and MacBook Air come closer together in the lineup. The power afforded by the M1 chip and its successors could see the iPad Pro form factor gain a keyboard and run macOS, for example.