Since Microsoft’s Kinect peripheral really brought motion-based interaction to the fore, a bunch of companies have sought to take things a step further, and having already been dazzled by Leap Motion‘s effort to manipulate Windows by means of air gestures, it would seem that Microsoft is now working on a way to integrate Kinect with its flagship operating system.

Although the Redmond company is still mainly known for Windows along with the Office suite, it’s fair to say that the Kinect exceeded all expectations when it first launched in 2010 for the Xbox 360. In a heartbeat, it quickly announced itself among the fastest-selling gadgets of all time, and the fact that the software maker is bundling the second-gen Kinect along with the Xbox One speaks volumes for its success. 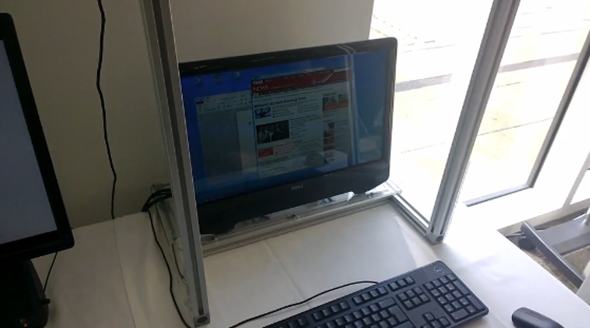 But while the gaming world continues to reap the benefits of the technology, the desktop world has only seen snippets through companies like Leap Motion, and that’s why Microsoft has today announced plans to bring gesture-based Kinect tech to the desktop, or specifically, Windows.

Seeing as Windows 8 is designed for the touch screen as opposed to the traditional mouse navigation, now would seem as good a time as any for Microsoft to try and integrate Kinect, and since we’ve already seen proof-of-concept thanks to the work of many third parties, we’d anticipate a seamless user experience once the project is ready for prime time. 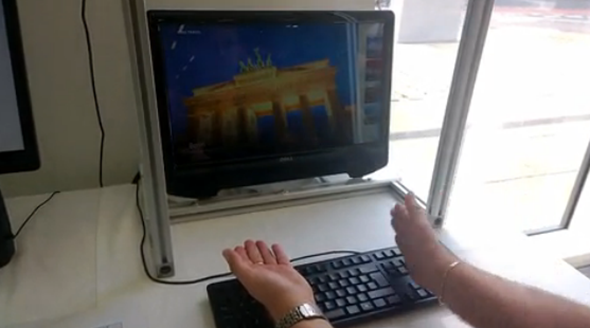 Although we were more than wowed by Leap Motion’s previous demonstration, though, Microsoft’s take will differ in places. The company doesn’t want to create anything too sci-fi, rather something that effortlessly slips into the digital world, as if it was always meant to be there. As Microsoft principle researcher Abigail Sellen explains:

What we don’t want here is Tom Cruise in Minority Report. . . What gestures are good at are being very casual, expressive. What they’re not good at is being precise. Touch is good at that, mouse pointer is good at that. We don’t need to do that with gestures.

So, what does Microsoft propose? Well, simply put, the Kinect-for-Windows experience will supplement the traditional keyboard and mouse, and although this may sound like the continuation of a dying art form in traditional computing, it actually makes a great deal of sense.

A little flip of a window here, or swipe of a nav bar there could offer a truly immersing overall experience, and hopefully, enhance Windows for its user base.

We’ll doubtlessly be keeping tabs on the progress of this project, so stay tuned for more!