One of the ways we measure how far we’ve come technologically seems to be how closely our lives resemble that of Star Trek. Be it smartphones, tablets or Bluetooth earpieces, plenty of the things we take for granted today were once just the thing of science fiction in a TV show or movie. That fact that within a short period of time these things have gone from barely imaginable to being on sale in your local store just goes to show how far we’ve come.

But one aspect of Star Trek has alluded us. The famous Universal Translator allowed aliens to converse without the need for a real translator, with the language simply being translated into whatever is native to the person listening. It’s probably the last big aspect of Star Trek that we’re yet to replicate – that and holodecks and city-sized starships, that is. 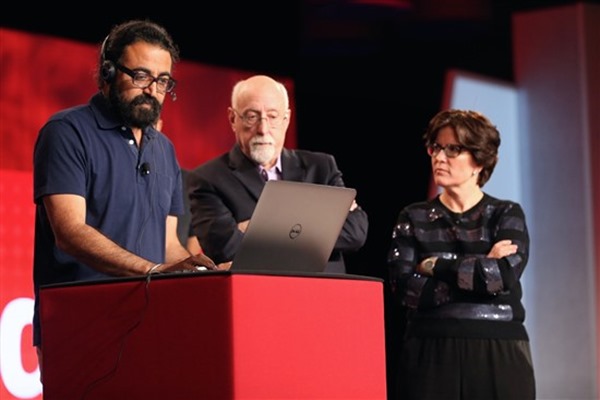 Now though, Microsoft is hard at work at trying to at least come close to that ability to have language translated in real-time, and it’s using Skype as the vehicle to bring it to the masses.

During the ongoing and inaugural Code Conference, Kara Swisher and Walt Mossberg took to the stage to interview Microsoft CEO Satya Nadella, with the conversation eventually leading to an on-stage demonstration of what Microsoft is calling Skype Translator. 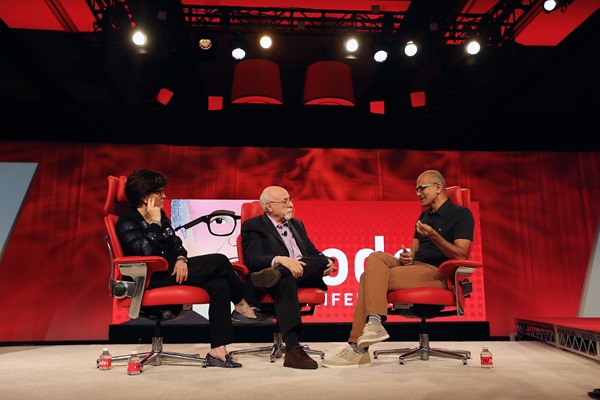 In essence, what Skype Translator does is listen to what a person says, and then translate it on the fly before reading it back to the person on the other end of the call. Microsoft’s demonstration saw a conversation in both English and German, with the system keeping up remarkably well. While there are still hurdles to overcome, and even though the demo did fall foul of some age-old voice recognition pitfalls, there’s no arguing that Skype Translator isn’t a great start on the long road to a real Universal Translator.

Since Microsoft’s purchase of Skype, many had wondered what would become of both companies. It’s moves like this that show Skype is in good hands after all. Would Skype have come up with something like Skype Translator on its own?

Microsoft has promised that Skype Translator will be first available as a Windows 8 beta app by the end of this year, after which it will make its way to different devices.