The research and development teams over at Microsoft Labs can pride themselves on being the people who managed to come up with the fantastic Kinect motion-sensing hardware, a handy piece of kit that uses a built-in camera to detect and interpret motion. Since release, the Kinect has been super successful, both with owners of the Xbox gaming console and those technology enthusiasts who have sought to produce open-source software for the hardware.

Not wanting to rest on their laurels, Microsoft’s research team is at it again, this time looking into creating a method to control software installed on a computer through the use of hand-based gestures. The team have unveiled what they are calling ‘SoundWave’, and although it may actually sound like a Transformer robot in disguise, SoundWave is the new technology that allows software to be controlled with the help of a set of speakers and an attached microphone. 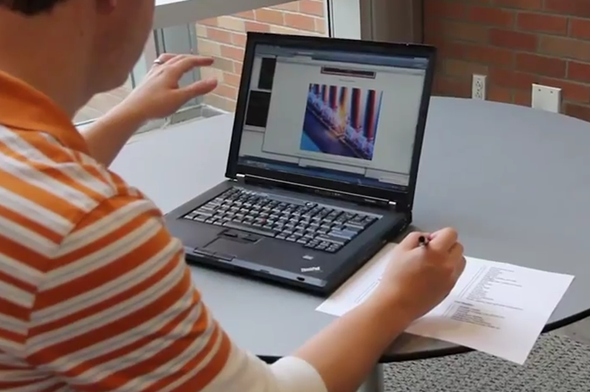 For one reason or another, the team has chosen to move away from using an attached camera to pick up motion, and instead, are using sound to replicate the same functionality. As you might expect, the recently unveiled technology is not ready for public consumption due to the fact that it is in the hands of the research teams, there is no guarantee that it will ever see the light of day, ever. With that said, the released video demonstration of SoundWave in action shows that it works as described by the company, and even plays along nicely with ambient sounds, such as music.

So how exactly does SoundWave work, and are you ready for the science behind it? According to Microsoft, SoundWave can use existing speakers to generate high frequency tones that range between 18-22 kHz, and is inaudible to the human ear. The technology then uses the an attached microphone to pick up any reflected signal that is generated by hand motions and estimates the motion based on the frequency shifts. If that isn’t enough for you, then it may impress some people further to know that the technology uses the Doppler effect to achieve its magic.

It will be extremely interesting to see how this technology progresses, and how Microsoft sees it being used by the public. A number of limitations and questions are immediately evident, such as how close the user needs to be to their PC for the gestures to work and what about those individuals with excellent high-frequency hearing, such as children and pets?