Microsoft recently announced Windows Phone 8 with a bunch of important new features that put it but in the three-horse mobile OS race. Features included support for multiple cores, HD displays, Near Field Communication (NFC), a shared core with Windows 8, use of Nokia’s mapping technology for turn-by-turn navigation, Skype integration and a much more customizable start-screen. We’ve discussed these features in detail here.

Now, Microsoft has released a video on YouTube demoing the new Start Screen (embedded at the end) 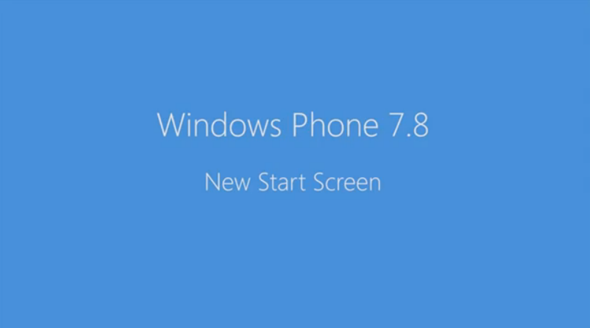 Previously in Windows Phone 7.5 and below, the start screen only allowed for two size of live tiles, rectangular and square. There was also empty space on the right for aesthetic reasons. Now, the new start screen gets rid of the empty space and allows users to choose between three different sizes of tiles: small, medium and large.

In the demo presented by Windows Phone evangelist Ben Rudolph, the method by which users can change size is discussed. The method is pretty much the same as how you play around with app icons in iOS. Pressing and holding an icon lets you enter Windows Phone’s version of jiggly mode. Two buttons appear on the top and bottom right of the icon, unpin and change size. Tapping the change size button changes the icon’s size.

The demo is presented on an early build of Windows Phone 7.8 running on a Lumia 900. This is in agreement with Microsoft’s statement that they will target the “latest generation” of Windows Phones for the 7.8 upgrade.

Windows Phone 8 / 7.8 is scheduled to release this fall.