Although Google has come on in leaps and bounds with its Chrome browser over the past couple of years, Mozilla has continued to keep its Firefox surfing client amongst the front runners, and after much development and a recent beta release, the final version of Firefox for Android is now available for download over at the Google Play Store.

Not many companies have what it takes to compete with the might of Google when it comes to web-based ventures, but by ramping up its release cycle, Mozilla Firefox has refused to simply lie down against Chrome, which has risen at an unprecedented level in just a few short years.

Netscape, for those who still remember, was like the Betamax of the browser wars, and lost out to Microsoft’s Internet Explorer back in the nineties. Fortunately, those behind the fallen application dumped their code behind the Mozilla Foundation, which was subsequently utilized to create an app which well and truly took the battle to IE, and won.

As Facebook are fully aware, web and mobile are two very different playing fields, and although Firefox sits alongside Chrome as the most-used browser, millions of consumers now use tablets and smartphones to connect, source news, information, and communicate. As such, Mozilla has had to trudge back to the proverbial drawing board somewhat in order to create the same impression on mobile as it has on desktop and notebook computers. 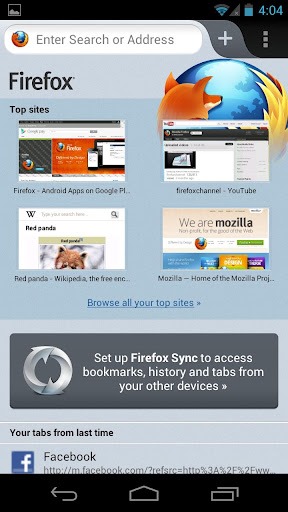 The Android version is now ready to download, and Mozilla appears to have placed as much emphasis on user privacy and security in the app as it always has with its main app, which is arguably the most important feature of any browser.

Despite the challenges involved in creating a mobile app, Firefox for Android is heavily based on the desktop iteration, thus supports HTML5, JavaScript, CSS3, and your other typical open web standards. Mozilla’s behind-the-scenes efforts in creating many of the newer HTML5 features – such as new APIs allowing devs to access a device’s camera or vibration, for example – truly set it apart from other browsers available, and create an exciting springboard for a big change in the way mobile browsing is done. 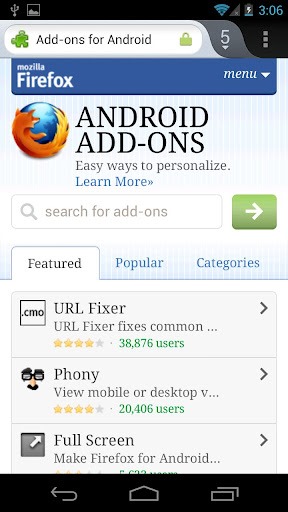