Microsoft’s latest iOS app aims to make traversing the English capital of London as easy as possible, and Bing Get Me There may prove invaluable for anyone heading to the imminent Olympic games.

With the Olympics currently kicking off all across London, there are bound to be plenty of people roaming the streets of the English capital, and as is the case so often these days the chances are they will be turning to their smartphones for directions. If they happen to have an iPhone in their pockets and don’t mind using something branded with Microsoft’s Bing, then this new app could well be right up their well navigated street. 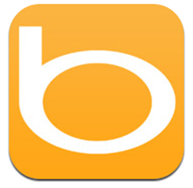 Once installed, Bing Get Me there does exactly what you would expect, and uses Microsoft’s own Bing maps to help users route their trips through the busy streets of London, making navigation during the Olympics as easy as possible. Judging by London on a good day, sans Olympics, that’s no mean feat!

Bing Get Me There is more than just a collection of fancy map tiles, though. The app by default overlays bus and tube routes on top of the map, as well as highlighting where stops are for anyone who wants to take to public transport in their hunt for their desired destination.

Microsoft just couldn’t help itself, and Bing Get Me There features one or two Windows Phone flourishes that fans of the mobile operating system will immediately recognize, but the app does stick to Apple’s own design recommendations to a point. Still, if you can get past that orange-brown color scheme then this app should fill a void should you need it to.

Microsoft’s Bing search engine has been playing catchup with Google ever since its release, but Microsoft’s mapping system is possibly the most popular part of the equation. With Google Maps so engrained in many apps across all mobile platforms though, Bing may never quite catch up.

Download Bing Get Me There for iPhone [iTunes link]