A games console resembles different things to different individuals, and while some prefer to chow down on some serious tactical battles on Call of Duty, others prefer – often to the disdain of neighbors and housemates – to test their vocal ranges on the various singing / karaoke games available. With Sony having already adopted a freemium model to its SingStar karaoke range, Xbox 360 maker Microsoft plans to deploy a similar tactic with its own upcoming app, which is quite aptly named Karaoke.

While I can just about hold my voice together for the purpose of a video review, I’m certainly no Michael Jackson, hence wouldn’t dare pick up a microphone – for fun or otherwise. Considering the popularity of these types of games, though, I must be in the minority, and in a collaborative effort with The Karaoke Channel, Microsoft will sell you singing time in “blocks,” akin to a real karaoke bar. 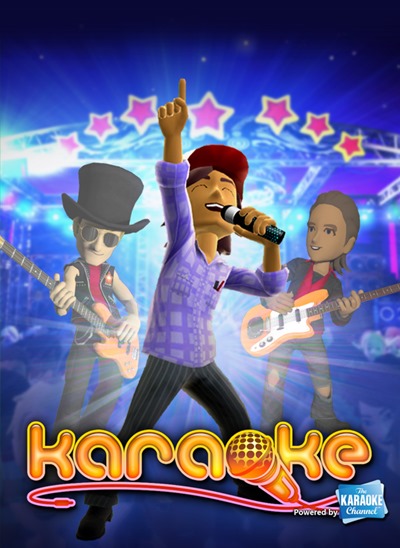 While making the business of singing your favorite pop song its a tad bit more realistic, the freemium model could be a real money-spinner for the Redmond company, as budding pop singers will be able to purchase singing time allocations of  two, six, and 24-hours. The exact fees have yet to be revealed, but for that two, six or 24-hour period, you’ll be able to select from a library of over 8,000 tracks, which Microsoft dub a “complete” collection of Karaoke classics. All content streamed directly from the cloud, so if your console has a very limited amount of space, this will not affect your Karaoke experience as the songs are not stored. 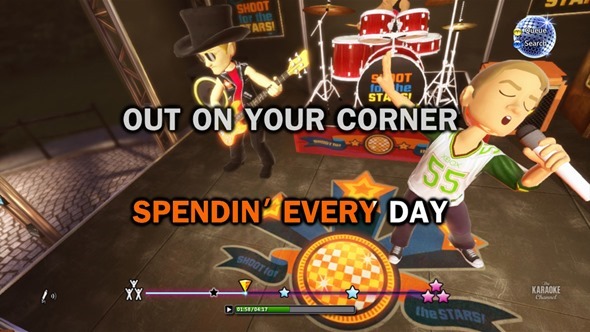 On it’s own, a Karaoke app operating a pay-as-you-sing model isn’t all that earth-shattering, but what is quite exciting is that this app will feature strong support for the fledgling SmartGlass service. For the uninitiated, SmartGlass acts as extension of your HDTV – allowing you to view additional content, control on-screen elements, and generally renders the Xbox experience a little more interactive. In the case of Karaoke, SmartGlass will allow players create a playlist using a compliant tablet or smartphone, and if you are the kind of person that loves nothing more than singing to Celine Dion, Mariah Carey or Elvis, Karaoke is definitely one to keep an eye out for.

There’s no official release date, but Microsoft has stated it will be around in time for the holidays, so clear your throats, folks!