As is often the case with technology nowadays, those of you happily sitting on an older software version will soon be coerced into upgrading. The app updates cease supporting you, new software releases aren’t compatible with you, or in the case of Apple’s Messages beta, they stop working altogether. Prior to Mountain Lion, the Cupertino released a beta version of Messages for Lion, and since that has now evolved into Messages for the latest iteration for OS X, Apple has set a deadline on the demise of that preview.

Of all the features of Mountain Lion, it has been the one I have used the most. I communicate with the majority of my friends – as well as Redmond Pie work colleagues – using iMessage, and being able to effectively send and read messages with minimal disruption is something of great value to me not only in terms of productivity, but also convenience. It is nice and fast, yet also secure, and its seamless integration with all devices is a bonus. Sure, it does have its occasional downtime, but as time progresses, these hiccups are seeming fewer and farther between.

The end of the preview is bit of a bummer for those happily still using Lion, but in all honesty, the leap from last year’s to this year’s Mac operating system is only twenty bucks, and for the convenience of messaging others without having to dig out your iPhone, it is worth the Messages feature alone. 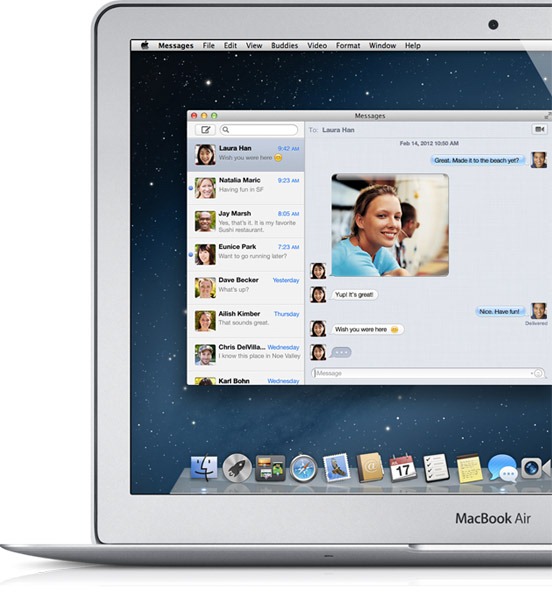 Nobody likes to feel like they are being forced into the next software generation, but it is something we just have to accept. Having stuck with iOS 5 on my iPhone 4S for purpose of jailbreak, already two of my favorite games no longer offer online multi player unless I upgrade, but with the changes in Mountain Lion from Lion being subtle, upgrading from the latter to the former should not be too much of an issue. 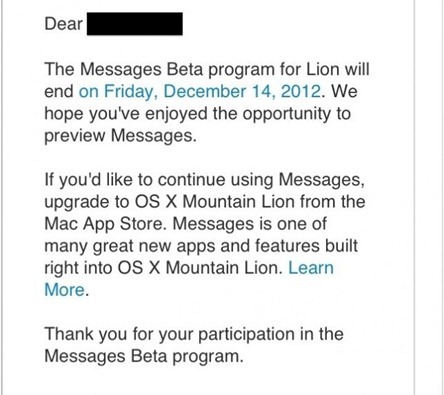 Sure, you have to pay to continue using the Messages service, which does leave a sour taste. But all betas and previews eventually run their course, and if you’ve managed to stump up the cash for a Mac, an extra $20 will not hurt.