A new study carried out by Annalect has discovered that men prefer Microsoft over Apple. The research was devised to look closely at the ‘Changing Role of Men’, and found that, in terms of brands that “resonate” with the male population, Microsoft edged it over old rival Apple.

The study interviewed Boomers (born 1946-1964), Gen Xers (born 1965-1979), and Millennials (born (1980-2000), tallying up to a sum total of 1,509 men for the November 2013 study. Each participant was given a list of brands, ranging from Starbucks, McDonalds’s Coca Cola, Levi’s and Nike. With each different group of men, Microsoft proved a more popular choice than Apple, and was comprehensively favored over the Cupertino, California-based brand. 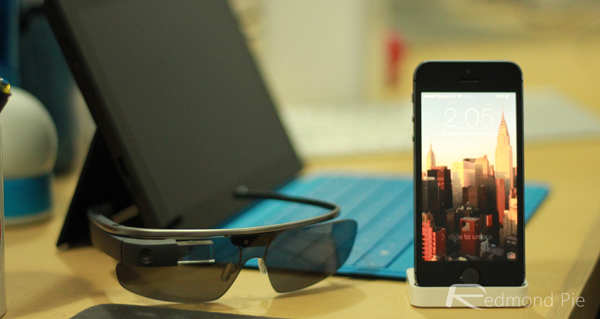 Studies about the demographics of electronics consumers are always interesting. Remember the study that revealed iPad users tended to be older and richer than those using other tablets? Or perhaps you’ll recall the amusing discovery that iPhone users are generally younger, smarter and wealthier than those wielding Samsung smartphones? Whilst they offer a vague idea of what kind of people prefer different tech products, they’re by no means definitive, and since the samples tend to be rather narrow, not always necessarily reflective of the wider population. 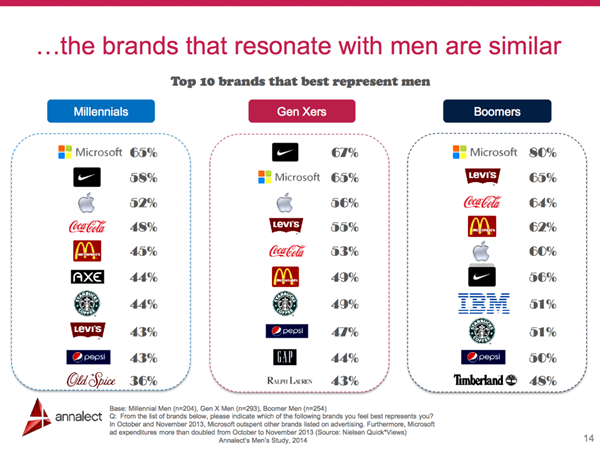 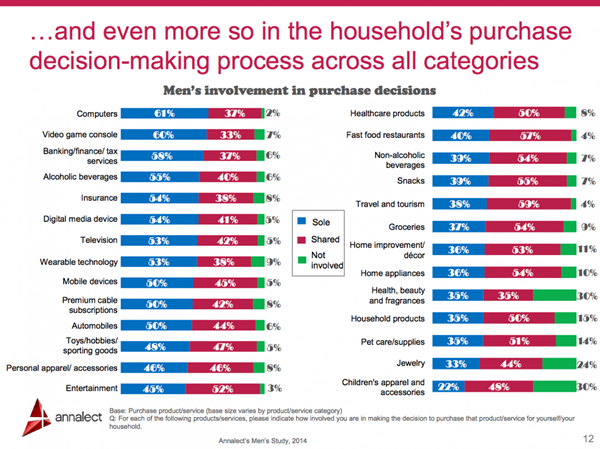 Annalect also found that when it comes to making purchases such as computers, video games consoles, digital media devices, televisions and wearable technology, males tend to be the dominant decision-makers, with more than half of those questioned making the selection without conferring with other members of the household. In fact, with regards to computers, only two percent of men actually step back and allow somebody else go ahead and make the key judgment, which does go to show, if anything, that us males are very precious over our beloved machines.

Do you agree with the results of this particular study? And which brand do you prefer? Please do share your thoughts and comments with us via the usual mediums below – it’s always great to hear from you guys!