As well as being the very first smartphone on the market packing a 64-bit processor, Apple’s iPhone 5s also features an M7 motion coprocessor, allowing processes to be more efficiently managed while also preserving those essential droplets of battery life. But while these new hardware upgrades are great and all, their powers can only be fully recognized once developers adapt their apps to take advantage of them, and Strava Run, the socially-swayed training app, is the first such utility to make use of the Cupertino’s new coprocessor.

Smartphones have, at least in theory, enabled us to track and share our training and activity progress with friends and strangers alike, and while social networking is perhaps more prevalent in folks’ lives than it often ought to be, it can be really motivating when trying to exercise and improve fitness. 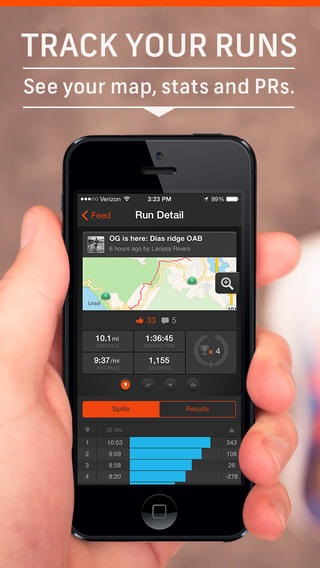 Strava Run is one of a vast pool of apps allowing active folks to track and share progress, but by being the first to seek assistance from the M7 coprocessor thanks to Apple’s CoreMotion APIs, will doubtlessly raise its profile just a little bit more.

Of course, those in ownership of the iPhone 5s and even a remote interest in exercising will probably want to check out Strava Run, which now sits at version 3.5.3, but in actual fact, you’re unlikely to notice anything particularly different as most of the benefits work under the hood. 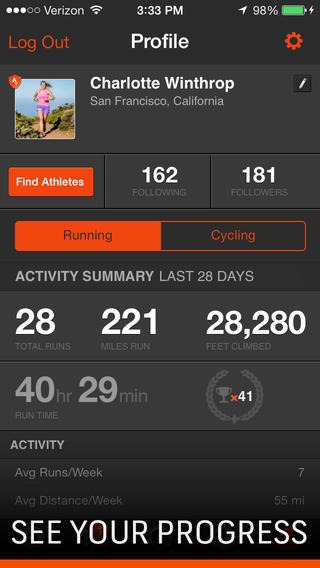 Still, Apple is touting the new technology as game-changing, and with the coprocessor measuring motion data even when a device is in sleep mode, battery life can then be saved for the more intensive features, such as pedometer. 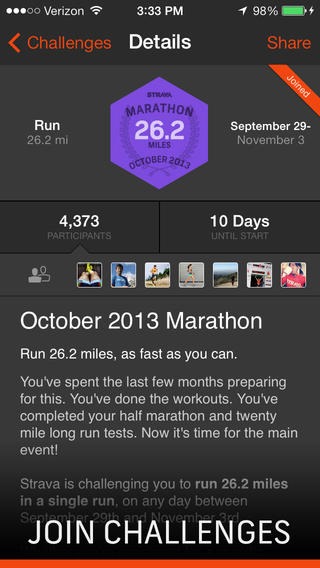 While we could probably all watch more movies on our mobile devices than the battery can cope with in one hit, it’s likely that the exercise regime isn’t quite as much of a strain on the smartphone’s overall consumption. With that said, this is just the start of a movement that’ll make our iOS devices more efficient while offering better productivity, so we can’t wait to see more devs, and more apps take advantage of this wealth of new tools.

(Download: Strava for iPhone, iPad and iPod touch on the App Store) Thanks, Anirudh for the hat tip!