Although Android is the most popular mobile OS in terms of reach and daily activations of devices, developers still tend to favor Apple’s iOS when it comes to releasing new apps and games.

Max Payne, released by Rockstar Games for iPhone and iPad, now finally makes its eagerly-awaited debut for Google’s Android. While new titles under the "casual gaming" umbrella continue to dazzle audiences in their droves, there’s still much to be said for the re-release of older titles to the mobile arena.

Optimized for the touch-based controllers, the iOS version launched to critical acclaim, so one would hope the Android version manages to capture the imagination of mobile gaming enthusiasts in a similar fashion. A title successful on one platform doesn’t necessarily equate to a sure-fire winner on alternative ecosystems – as we’ve seen in the past – so it will be interesting to see if the delayed release manages to garner the same rave reviews as its iOS counterpart.

Unlike Rockstar’s other, more recognizable outlet Grand Theft Auto, Max Payne isn’t centered solely around mindless violence, despite the name. Often the subject of negative publicity, Grand Theft Auto is inarguably a pretty hard game to defend, but conversely, Max Payne has a significant story element, and thus all blood, gore and violent encounters seem a necessity as opposed to an over-the-top distraction. 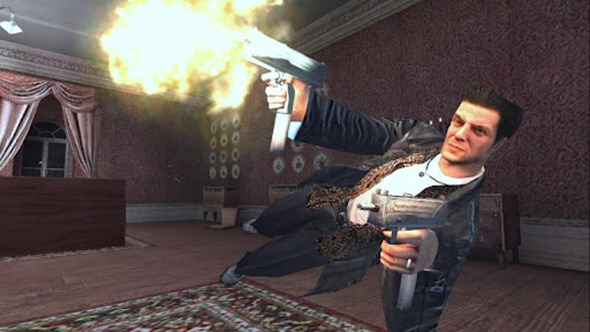 As I say, it will certainly be interesting to see whether the Android iteration manages to garner the same interest and ratings as the iOS version. Dropping the same title on rivaling platforms can often throw up some unexpected results, but with the Android version of Instagram already over the 5 million mark and averaging a 4.6/5 rating over at the Google Play Store, the omens certainly look good not only for Max Payne, but other staggered Android releases. 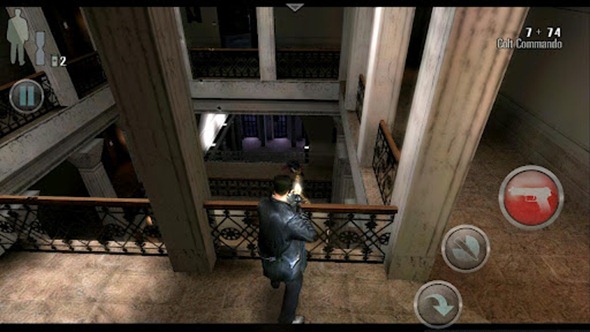 If you’re a fan of gunplay accompanied by a slow-mo, dark storyline, then grab it from the link below, and be sure to offer your critique by posting a comment on our Facebook or Google + pages