Maple is a brand new charging tweak which displays a banner on the lock screen of the jailbroken iPhone or iPad for each device which is connected and charging. 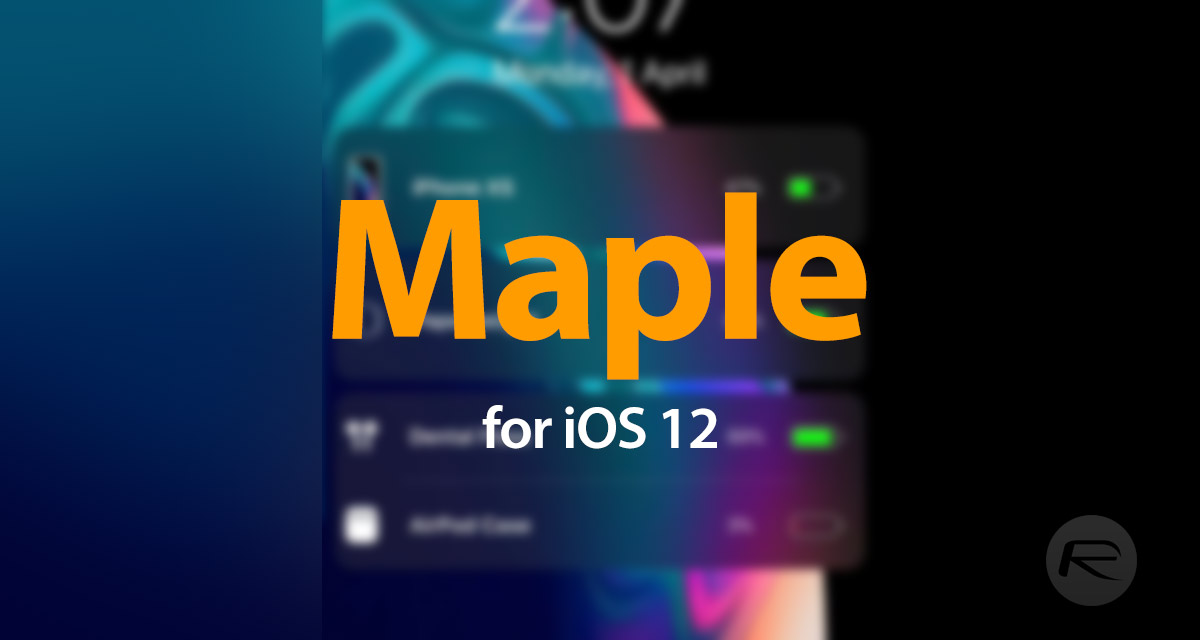 One of the extremely appealing aspects of Apple’s AirPower product – which, incidentally never actually made it to market and has now been officially laid to rest by the company – was not the fact that it could physically charge multiple devices wirelessly, but that it gave immediate visual feedback of the charging status for all devices on the connected iPhone.

So, if you had AirPods and an Apple Watch charging, then the lock screen of the device would have an updated interface to show the devices which are charging as well as the charging status.

Apple may have put the overall product to bed but this one specific jailbreak developer is looking to keep the interface aspect of it alive and kicking within the new Maple package. Displaying an interface similar to the AirPower one we had been shown, we see small icons to indicate the type of products charging, the names of the products, and a battery icon along with the percentage of the battery.

On that AirPower-esque user interface, the jailbroken device itself is also included in the banners. When the connected devices are taken off charge, they simply disappear from the list and the user interface is updated to reflect that.

This is exactly the type of experience that people were looking forward to with Apple’s AirPower but which can now be achieved with a combination of a jailbreak, Cydia, and Maple. The package also comes with quite an extensive settings and preferences section which allows the device owner to tweak the experience to meet their own needs.

If you are interested in this product, Maple is currently being uniquely offered to individuals who are members of LaughingQuoll’s Patreon program – a minimum Patreon of $2.00 is required to participate – and can be downloaded via the Packix repository over at https://repo.packix.com/package/com.laughingquoll.maple.beta.