We use a Twitter quite a bit here at Redmond Pie, and between the editorial staff here there are a few favorite apps across a selection of mobile platforms. Some like Twitter for iPhone, some prefer Tweetbot. Android fans amongst us tend to change Twitter apps on a daily basis while trying to find one that works!

There are even some Windows Phone 7.x fans here, but now they can still get their Metro UI fix while using a device with hundreds of thousands of apps, namely the iPhone. This feat of OS-jumping magic comes courtesy of a Twitter app for iPhone that we all somehow managed to miss when it was first released earlier this year, but now it’s firmly on our radar thanks to a tipster.

The Twitter app in question goes by the name of Maha, and it has one giant trick up its sleeve – it looks and behaves just like a native Windows Phone 7 app, and it makes a very good job of it too.

As soon as you fire Maha up you’ll be amazed by just how similar to any Windows Phone 7 app this native iOS app seems, and to be honest, we’re surprised they got away with it. However they managed it, we like how it looks – we’re big fans of Metro on real Windows Phone 7 devices too.

Maha doesn’t just look like WP7, either. Tap a tweet and the rest of the screen will flip out of the view and the next one will flip in, just like Metro UI. Tapping buttons brings the same animation that WP7 fans are accustomed too as well. We can’t stress this enough, Maha really does feel like it is running natively on a WP7 device. 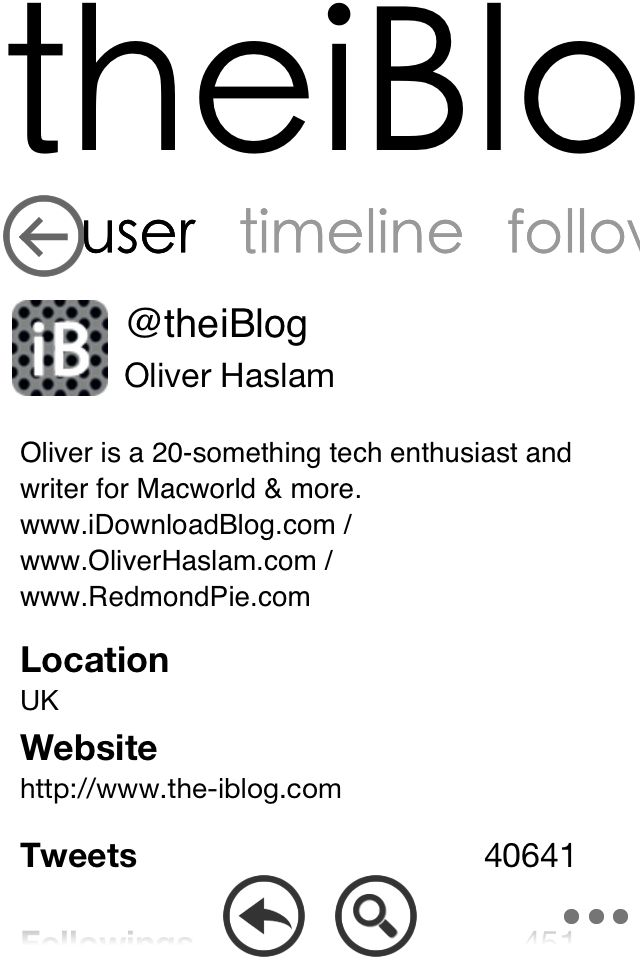 Once you get past the initial shock of the user interface, Maha is actually quite a capable Twitter app. Tapping and holding a tweet will bring up the usual options for replying, retweeting and the like, and everyone’s favorite image upload services are in attendance, too.

The only thing we were missing after a couple of days of use was ‘pull to refresh’ because Maha uses an old fashioned button to refresh your feed. We’re so used to the way Twitter for iPhone works that it was a bit jarring, but once you get past it Maha does what you need it to with the minimum of fuss.

If you’re the kind of person that is a fan of the Windows Phone 7 aesthetic but own an iPhone, we suggest giving Maha a try as a window (awful pun!) into the world of WP7 while still being safe and sound on the iOS island.

Thanks to Shazil for the heads-up!