Mac OS X 10.10 Yosemite Announced: Features And Everything You Need To Know

Apple has just announced its brand new operating system for its Mac lineup of devices, OS X 10.10 Yosemite. And just like OS X 10.9 Mavericks, Apple has moved away – well and good – from giving cat names to its famed desktop OS. So, what’s new in OS X 10.10? We have every single detail in one place, including features, compatibility and the oh-so important release date. 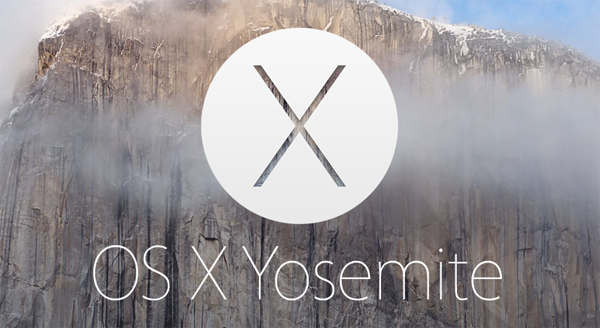 In this release, Apple has made big enhancements to apps and the whole UI in general. The UI of OS X Yosemite has gone flat, just like iOS 7.

Everything in the UI has been tweaked from the ground up, from app icons to buttons allowing us to minimize, expand or close apps.

The windows and menus throughout Yosemite have the same translucent and transparency effects which we’re accustomed to on iOS 7. And Apple has focused on a lot of details which make the whole experience worthwhile for the end-user, such as the new dark mode, which really puts the focus on the content the user is consuming / looking at and move all the desktop OS clutter out of the way.

The Notification Center has gotten a new look as well, and features an all-new Today view, which made its cut with the release of iOS 7, which puts the focus on things pertaining to your day. 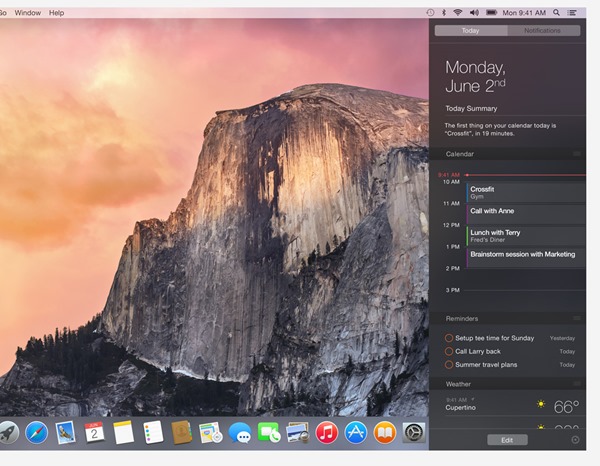 You can now have a plethora of widgets in one place, and you can have apps that can export widgets, making the whole deal real sweet.

The focus on OS X Yosemite is mainly on the UI front, and to be quite honest, Apple has really bridged the design between iOS and OS X.

The new Calendar app now features a new sidebar that shows the user location information, which can prove to be quite handy if you need your calendar events to be upfront and center with plenty of details to go with.

Spotlight search has also gotten a nice update in Yosemite, and now resembles a lot like Alfred, and now lets you view web results in a brilliant drop-down menu. 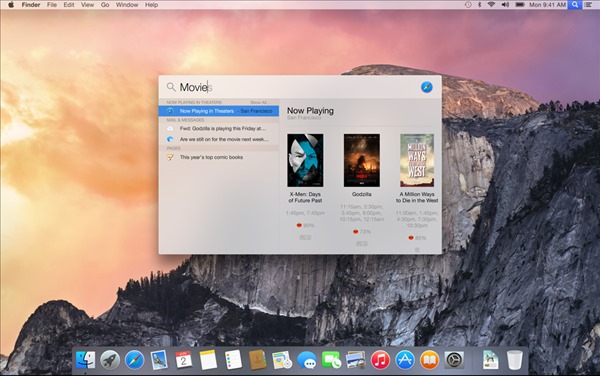 Apple is today announcing iCloud Drive, a new way to sync content across different Macs and is accessible through Finder. But wait, there’s more, it’s compatible with Windows, too.

The new Mail app looks a lot like the one which we’ve seen on the iPad running iOS 7. It features a very minimal and text-focused look, making sure that you look at emails rather than Scott Forstall’s design elements. Ouch.

Apple is making Mail a lot better by introducing MailDrop, which allows you to send massive attachments to the other user. What MailDrop basically does is: uploads your huge photo / file to Apple’s servers, create a secure link for sharing which can later be downloaded by the other recipient. Clever indeed.

Mail now features Markup, that allows you to sketch over images which are ready to be sent off to another users. Think of it as Skitch, but by Apple, and more powerful.

Safari has gotten a major facelift in this release, and now features a single bar, that handles all searches and URLs without the need to jumping into different boxes.

Safari also takes user privacy to the next level, and now allows users to create a new private window for browsing.

The new Safari is 9.7x times faster when it comes to multi-tab browsing energy efficiency, compared to Chrome’s 2.4x and Firefox sitting at 1.0x. In short, the new Safari is bad news for other browsers on OS X in terms of performance. 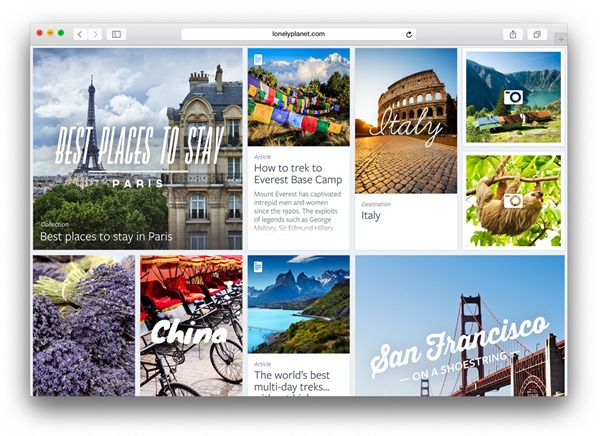 Here’s a big feature which we’ve all been waiting for: AirDrop now works between Mac and iOS devices. Yes, you read that right, if you have a compatible iOS device which supports AirDrop, then you can send – and receive – files from a Mac running OS X Yosemite.

A new feature in OS X Yosemite squarely aimed at those who love switching between their Mac and iOS device from time to time. It allows you to continue working on your iPhone, iPad, or Mac seamlessly in real-time! You don’t have to launch apps or find what you were doing, OS X and iOS does this all for you. 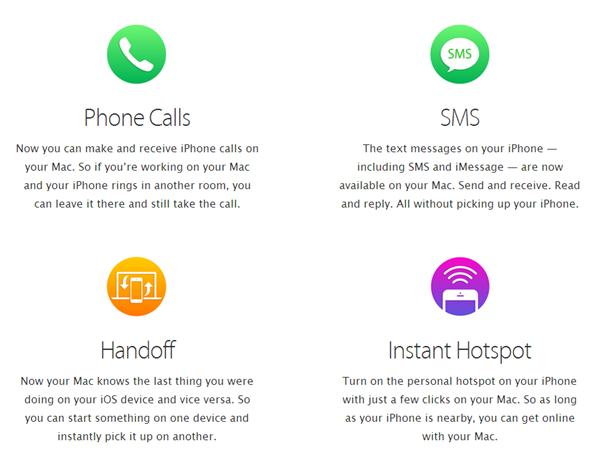 Another cool feature for those who are reliant on using the Hotspot feature on their Mac. Simply turn on Internet tethering on your iPhone, iPad and OS X Yosemite does the rest for you in setting it up.

-SMS and Phone Calls Across your iPhone and Mac

This feature does exactly as the heading suggests; it allows you to send and receive text messages right from your Mac, without having to pick up your iPhone! And the same goes for phone calls. In short, keep your iPhone in your pocket and Yosemite does the rest for you. Ain’t that cool?

The feature extends to the Web browser and other parts of OS X, and allows you to make phone calls from anywhere, as long as your iPhone and Mac are in sync using a working data connection.