Lumia 920 Gets A Walkthrough From Nokia’s Lead Designer [VIDEO]

With the likes of Apple and Samsung dominating the smartphone industry in the last few years, there has been a lot of attention lavished on Nokia over the last couple of weeks as we wait patiently to see if their flagship Lumia 920 device can make any kind of substantial impact in the mobile space. Early indications suggest that the Windows Phone 8 powered device has been received extremely well by consumers but could this be due to the physical design of the device or could the embedded software be a major part of the appeal? Nokia’s lead designer Marko Ahtissari has taken a few minutes to share his thoughts on the product and what he calls a "really beautiful balance between the digital and the physical".

Part of the main design process of the Lumia 920 involved coming up with a design that was "meaningfully better", rather than designing and building a smartphone that was different from others on the market purely for the sake of being different, rather than bringing any tangible benefit to those who would be using it. Ahtissari continues to suggest that all of the unnecessary features and physicalities have been stripped away from the hardware on the new Lumia range of devices, to leave Nokia with only the things that they class as essential elements on the device.

In the case of the Lumia 920, Nokia and their design team decided that the device should have two essential elements – the colored polycarbonate case and the glass display that sits on top of it and curves seamlessly into the body of the device. Rather than just mount the glass onto the body of the device, Nokia understood that the multi-touch capacitive display is the main focal point of the handset and how the user interacts with the device. Additional attention was paid to coming up with the best way to blend the two pieces of the device together to produce the best possible result for the consumer. 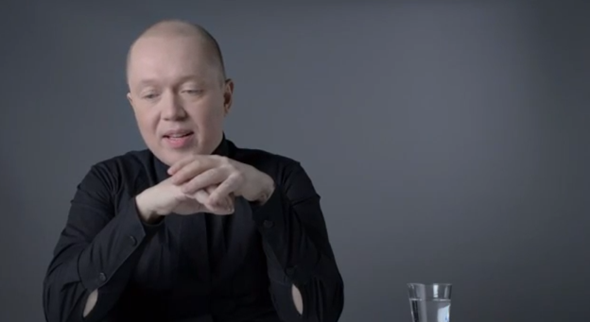 The video may only last for just over three minutes, but it is actually a very interesting insight into the mind of Nokia’s lead designer and a chance to get a feel for the decision making processes that went in to creating this fabulous Nokia smartphone. The Finnish company will be hoping that the smartphone buying public share the same passion for the device that Marko Ahtissari clearly does.