If you have just bought yourself a new iPad Air 2 or iPad mini 3, or are thinking about grabbing either one this holiday season, then a protective case is a must-have for the beautiful and expensive gadget. One of the latest protective cases to hit the market is ‘AnyAngle’ from Logitech, and it includes a foldable kickstand that can be adjusted at multiple angles for different viewing positions.

The kickstand on AnyAngle is actually a foldable cover which works as a stand at – as Logitech says – ‘any angle’. The case is designed in complete harmony with the sleek and subtle aesthetics of the iPad Air 2 and does not beef up the dimensions of the tablet. 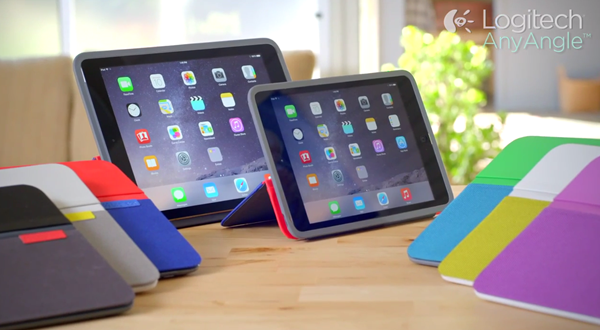 The case has a rubberized frame that wraps around the edges of the iPad and should do a pretty good job at protecting the device from drops and bumps. We’ve all had the misfortune of dropping devices, and have seen first-hand the damage caused by those corner impacts. The front cover is adjustable and does the obvious job of protecting the Retina display from scratches or cracks, but can be flipped to the rear to serve as the foldable kickstand.

The back however is where Logitech really shows off the AnyAngle case; allowing for the sleek rear shell of the iPad to be flaunted, even with the cover flipped to the back and folded as a stand. The trick to the foldable stand keeping its position is a "powerful hidden hinge" at the folding point which keeps the angle as it is, until a user adjusts it. The stand should be secure enough to not change its angle even if you move your iPad, given the use of some powerful magnets. 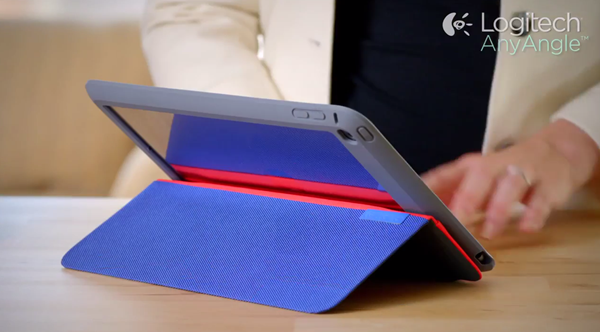 Whether you’re using the cover in stand mode or not, AnyAngle is a minimalistic case with some serious ergonomics considerations, and it still does not compromise on style either.

AnyAngle for iPad Air 2 and iPad mini is available in an array of color combinations to suit your specific style. The case should be available in the U.S. by the end of this month, but you will have to dish out a good $59.99 for the accessory, which is after all, a protective case.

An impressive protective case no doubt, but given the price point, what’s your take on it? Will you be looking to buy one for your iPad Air 2 or iPad mini?