Smartphones begin to be truly smart when they start to creep into our lives in ways other than for calling people or browsing apps. One example is a new system that allows the locking and unlocking of doors via a smartphone, whether that be an iPhone or an Android device. 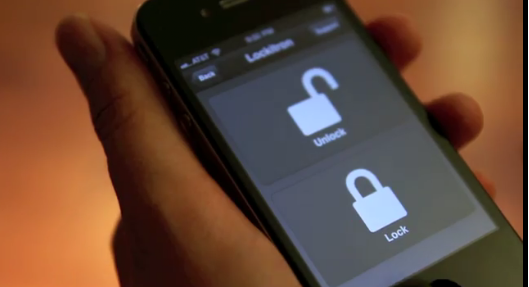 Named Lockitron, the app and hardware combination brings remote lock control to the smartphone with an aim to replace physical keys.

Available now and costing between $295 and $500, the system comes in two flavors. One uses a server and electronic lock combination that allows users to operate locks from anywhere with an internet connection, though we’re not entirely sure why. More interesting and possibly more useful is the NFC implementation which gives Nexus S users the option of unlocking their doors by simply holding their handset up to a sensor. Finger crossed iPhone users will get in on the NFC action with the iPhone 5/4S.

One useful angle to the remote solution is the ability to send the key to other people via SMS, which was apparently one of the driving forces behind the system according to co-founder Paul Gerhardt.

“I wanted to be able to email a key or text a key to somebody else, the technology was there, it just needed a good experience on top of it.”

Lockitron is backed by Ycombinator and has received over $10m worth of funding to date.