When Tim Cook and his executive team take to the stage at the company’s annual Worldwide Developers Conference (WWDC), they typically discuss how the company is performing as well as unveil a suite of new firmware updates for release later in the year. They then focus on the feature additions in that firmware and focus on what will likely be the key marketable improvements.

What they very rarely do, if ever, is give an overview of security enhancements and how that latest version protects the user and their data. Here we’re going to do that and take a look at the security improvements in iOS 11. 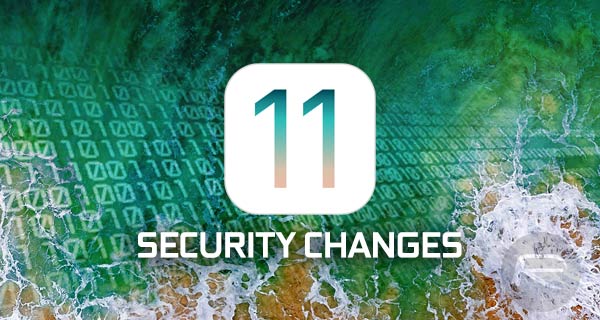 Most users actually really only find themselves being concerned with features and functionality that they can physically interact with and see on display. With iOS 11, there’s are a ton of new improvements that are available to hardware owners to play around with, but there are also a number of important security improvements which should hopefully make iOS a safer place for everyone, regardless of the device that they are using and regardless of how they actually use that hardware.

As an example, Apple had been made aware of a vulnerability in the iBooks app which affected iPhone 5 and later, iPad Air and later, and iPod touch sixth-generation, which would allow malicious individuals to produce infected iBooks. This has been closed and patched with the release of iOS 11 for all affected devices. Apple has also taken advantage of information provided by Kiki Jiang and Jason Tokoph to patch an issue in iMessages affecting iPhone 5s and above, iPad Air and later, and iPod touch sixth-generation. This bug could be used to force the device to process a maliciously crafted image to cause harm to the device.

Apple has also used the time between announcement and launch to patch bugs and vulnerabilities in Mail MessageUI, MobileBackup, Exchange ActiveSync, Safari, and multiple issues discovered in Webkit by Oliver Paukstadt of Thinking Objects GmbH, Frans Rosén of Detectify, and Anton Lopanitsyn of ONSEC.

As always, if you are interested in security research and finding out more, you can read more about iOS 11 and its security improvements below.