Like most modern voice assistants that are available on our smart devices, Google Now is capable of performing some fairly intelligent tasks and helping out with everyday activities. Not only is it integrated into a number of different device types, but it’s also available on-demand where network conditions allow, and can really help out when users are in a jam or need instant information.

An increasingly powerful tool, but it is lacking in one respect; there’s no official exhaustive list of the voice commands the service actually supports. A new website looks to unofficially solve that problem by listing all supported commands. 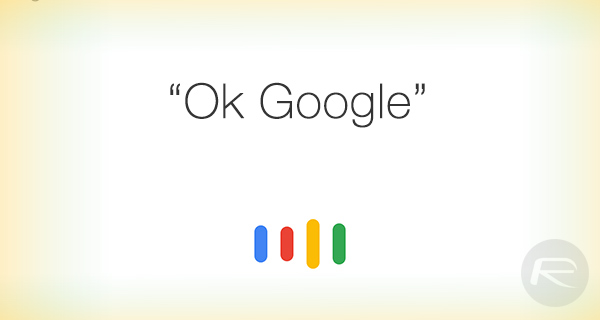 No one can really deny the power and versatility of digital voice-activated assistants like Google Now, Apple’s Siri, Microsoft’s Cortana, or even Amazon’s constantly expanding Alexa assistant. The power has always been there, but the problem has typically been that users are really only aware of a very limited number of commands that they can be fed for basis responses.

The Ok-google.io website looks to try and break that barrier for Google Now users by listing more than 150 commands that the digital assistant accepts. In addition to those commands, the website also provides more than a thousand different examples of how to use them.

Rather than simply providing a non-contextual list of available commands, the new site breaks the available actions down in categories, such as “Family & Relationships”, “Math”, “Device Control”, “Movies & TV Shows”, “Messaging”, “Google Keep & Notes” and more. In fact, such is the variety and extensive nature of the website that it actually even provides a section for Google Now easter eggs, a list that currently contains eighteen commands, such as “do a barrel roll”, “beam me up Scotty”, and the old favorite; “how much wood would a woodchuck chuck of a woodchuck could chuck wood?” 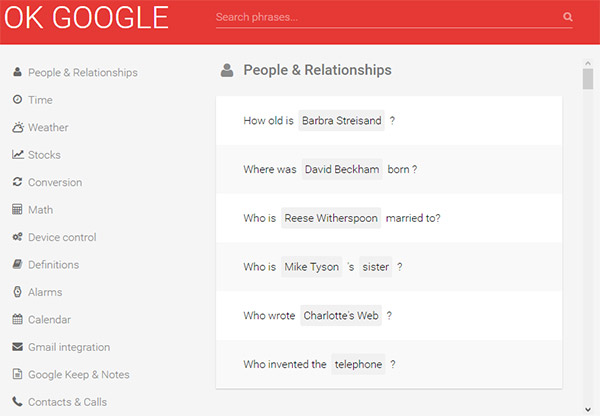 The developer behind the website has been motivated to build the web service through frustration of continually finding lists online claiming to show an extensive set of commands, but then disappearing or instantly being out of date as the Google Now service grew in stature.

To start off, check out the website at ok-google.io. Anyone wanting to try out the commands lists can do so via any Android device, or by downloading the free-of-charge Google app for iOS from the App Store.