Apple’s continued push to make the iPad into the computer of the future, first with the release of the 12.9-inch iPad Pro and later with its 9.7-inch sibling, requires certain things to happen before it can be taken too seriously. One of those things is improved connectivity with the kinds of accessories and devices that people use day-in and day-out, and one of those things is cameras. Or, to be more specific, the memory cards that live within those cameras. Or audio equipment. Or just about anything else, for that matter.

Getting data on and off of an iPhone or an iPad is relatively easy if you want everything to reside in the cloud, but if you’re the kind of person that has microSD cards dotted around the house with photos and videos on them, then getting those onto an iOS device, or new content off of one, can sometimes be a little tricky. That’s where Lexar’s $42 MicroSD to Lightning Reader comes into play. 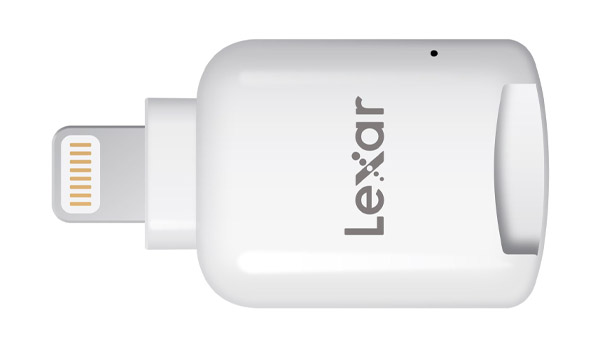 Small and made of shiny white plastic, the dongle has a Lightning connector on one side and a slot for a microSD card on the other. Usage is as simple as inserting a card into the dongle and then plugging the whole thing into an iOS device. In conjunction with Lexar’s latest file management app, available from the App Store for free, users will be able to download and upload video and photo files to or from a microSD card with consummate ease. The only real concern that we can see here is the chances of losing the thing.

Great for anyone who has a lot of media files on a microSD card, or wants to get that same content off of an iOS device, Lexar’s microSD-to-lightning dongle might not be cheap at $41.99, but it may be worth every single penny if you have a use for it. 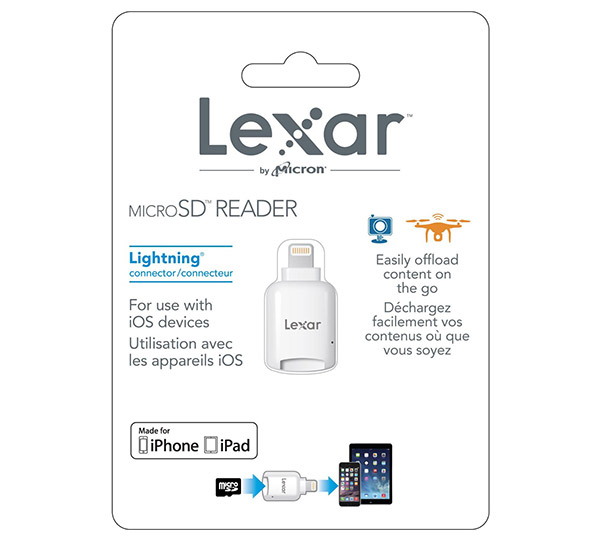 Just be sure to order two in case you lose it.