Another day, another leak; such is the story of Samsung’s Project Zero as of late. The Galaxy S6 has just been plastered all over the Internet yet again as an image of Sprint’s promotional material for Samsung’s upcoming flagship gets posted online. Head over the jump for the photo and further details on the S6’s arrival.

Possibly Samsung’s most anticipated Galaxy S device to date, the S6 was supposed to break away from the S5 with some major out-of-the-box approaches to design, and while that doesn’t seem to have really happened if the leaked images of the phone in the flesh are anything to go by, the recent leak on Reddit reinforces the opinion that the device’s looks will be no secret at Samsung’s Unpacked 2015 event on March 1st. 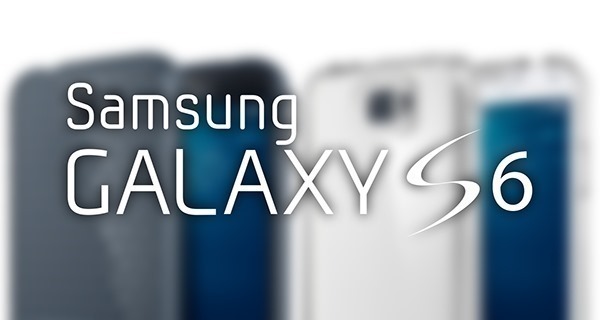 We have been treated to intentional leaks of the S6 from carriers like T-Mobile, though it offered a slightly more obscure view of the phone. This recent image however gives us a more clear view, with the Galaxy S6 Edge taking the front row with its dual-sided curved display, and if we’re to take the material as Samsung endorsed, we see the ‘edge’ moniker drop the caps for the Galaxy S6 in contrast to the Note Edge. The left hand side of the two phones will be housing two separate volume buttons, and you can notice the S6 with the standard display shying behind the S6 edge.

With the sides more clearly visible, and coupled with the photos leaked by an AT&T employee of the S6 promotional units, it would be unfair to draw similarities between Samsung’s upcoming front runner and the iPhone 6, even though the bottom edge with the speaker grill could’ve been designed a bit differently, given the heat that the Korean giant traditionally receives from its critics. As for the image in question, it talks about a Galaxy S6 being given away each week for a limited time when customers sign up for pre-orders with their email address to know when the device will be available on Sprint.

With both the phones all set to be announced at the Unpacked 2015 event, here’s to hoping that Samsung is actually left with something worthwhile to throw our way.