The tech. world has been rocked by a series of high-profile acquisitions over the past couple of years, but whilst Facebook’s purchase of WhatsApp is perhaps the most memorable, Microsoft’s buyout of Finnish telecoms giant Nokia last September is right up there. We always knew that the Nokia branding would eventually make way for something a little more reflective of the new ownership, a notion that was recently confirmed with the announcement that high-end Lumia handsets would change from Nokia Lumia to Microsoft Lumia. Now, for the first time, a leak out of China gives us an idea of what these devices will look like with their new logo.

It’s often the case, when one company acquires another, that changes are immediate in their timing and drastic in their nature. But in the case of Microsoft and Nokia, the two big names had shared a close-knit relationship for years, with the Lumia range having been a staunch advocate of Microsoft’s still-emerging Windows Phone platform, and as such, it was almost inevitable that the Office maker would eventually step in to make Nokia its own.

As we learned a short while ago, the Nokia branding will remain for entry-level devices, but at the top end of the spectrum, Microsoft Lumia will be the new naming scheme as the company looks to challenge Apple’s iPhone and Google’s thriving Android platform.

As per leaked press renders from Chinese regulator TENAA, Microsoft Lumia branding is now imminent, as is at least one new Lumia device. The handset in question looks very much like an upsized version of the Lumia 530, but if it’s anything like the 530 in terms of tech. specs, it’s unlikely to set the world alight. In fact, we can probably expect fairly standard mid to low-end fare, with a dual-SIM tray and modest hardware, although at this point, there’s no word on when this device will actually be announced. 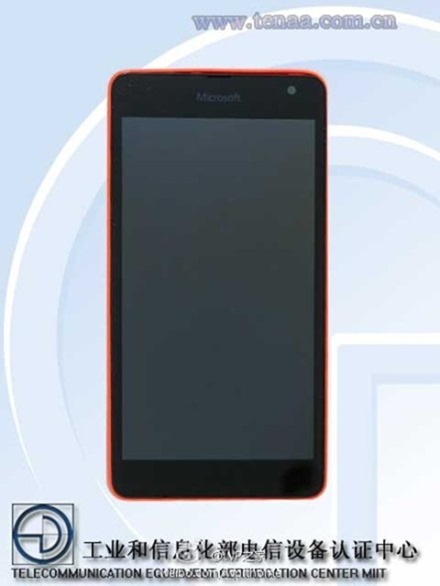 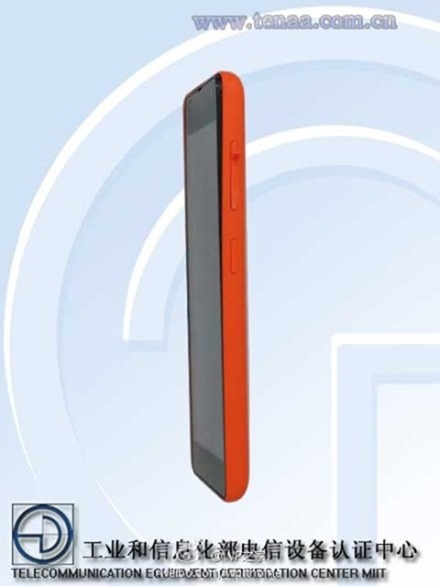 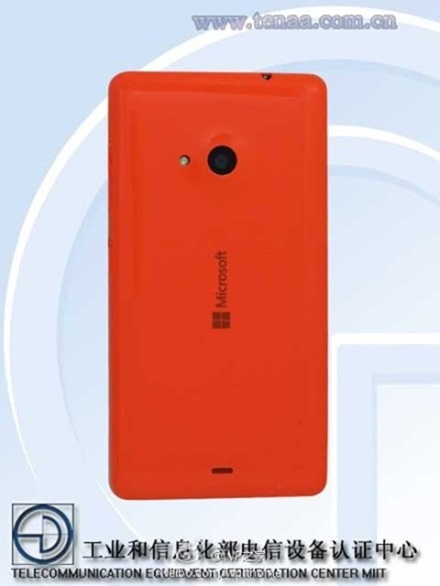 The Windows Phone 8.1 update has been the very best to date, adding a number of features such as Action Center. Cortana, the voice assistant, has been a commercial success for Microsoft, helping the Xbox maker to get the Windows Phone name out there, and with this handset and perhaps other scheduled to roll-out in time for the holiday period, it’ll be very intriguing to see how the battle of the mobile platforms stands in a year or two’s time.