Only yesterday, Apple rolled out iOS 8.2 beta 4, and as well as the usual performance tweaks and bug fixes, we got a little closer to finding out how Apple Watch will integrate with the Mac maker’s mobile software. Within the Bluetooth settings, we saw how users will easily be able to connect to their wearable, and we also saw instructions alluding to a companion app. Now, thanks to the dogged work of one Apple dev, we have an even better idea if what we can expect from said app.

Steven Troughton-Smith in credited with creating the code, which can be found on GitHub, and the folks at 9to5Mac have delivered an extensive subsequent report. 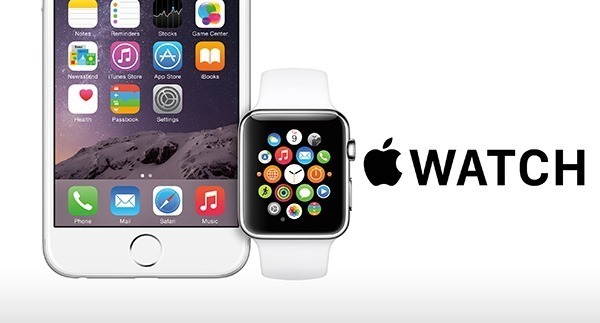 The app is currently being referred to as "Companion," and is apparently bundled with a number of settings specific to Apple Watch. Not only can it adjust aspects of the device, but is also capable of modifying the settings of Watch-ready apps, and seems the go-to portal for all things Apple Watch.

Screenshots of the companion app have revealed some key features, many of which relate to Apple’s big emphasis on the fitness market. Apple Watch will be able to beam notification reminders for users to stand up and move around every hour, as well as numerous progress info related to movement and exercise. There’ll be achievement-related updates as well, with the Cupertino company leaving no stone unturned in its quest for a chunk of the lucrative wellbeing industry, and the companion will serve as the focal point. 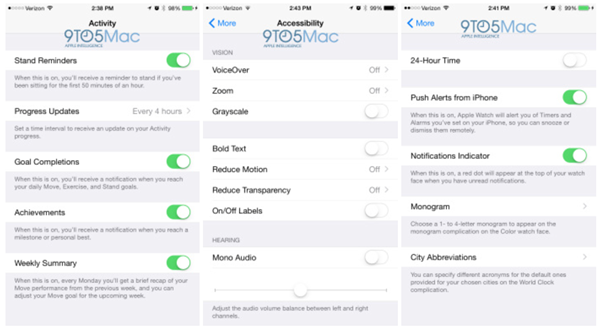 Despite the Apple Watch’s fitness features, the companion app includes plenty of toggles and menus relating to everyday use.

Timers and alarms are also a part of the experience, and users will also be given the option to place a monogram on the Watch’s face. The monogram will consist of one to four letters, set at the discretion of the user, and the interface in which it is placed is referred to as "Complications." In a nutshell, Apple Watch Complications will be specific pieces of information shown through different watch faces, with info including stocks, weather and the monogram, as you can see in the rendering below: 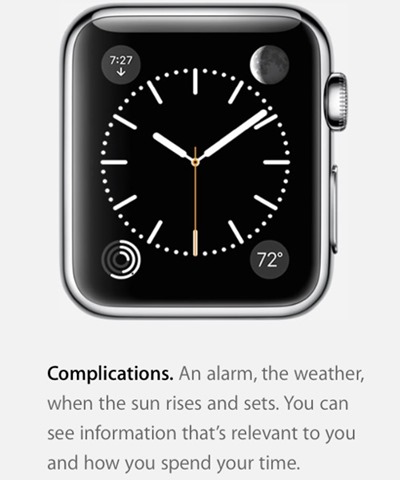 As has long been suspected, voice commands will be central to Apple Watch, due to convenience and the general lack of keyboard, and it’s also been public knowledge that passcode support will be offered by Apple Watch to verify Apple Pay payments. 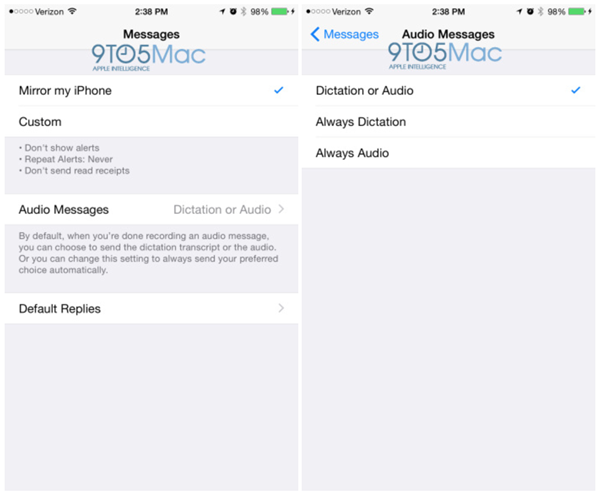 The About menu alludes to "remaining" storage capacity on Apple Watch, meaning that the wearable will store music tracks and other information rather than being completely reliant on a connected iPhone, and for those considering grabbing the device when it rolls out in the spring, we’re finally getting an idea of how everything will sync and flow.

Apart from everything mentioned above, the companion app also allows users to arrange the home screen layout directly from the app, which is a much-needed addition for those who are looking to customize their timepiece to their liking.

What do you make of these findings? Is Apple Watch a product that you’d consider purchasing? Share your thoughts and comments with us below!