If you’re an avid console gamer and like your crime-fiction, the chances are you’ve played L.A. Noire, or at the very least, heard of it.

Having been on the market for nearly a year, it arrived last May on both PlayStation 3 and Xbox to much critical acclaim – with GameSpot rating it an impressive 9/10. It was released for Windows later in the year, and as of February 2012, both PC and console versions have sold 5 million copies between them.

So, for those uninitiated, what’s all the fuss about? Well, based on the Film Noir genre, L.A. Noire is set amid violence and corruption in post-World War II Los Angeles. Players take on the role of decorated veteran Cole Phelps, in a crime-solving, clue-finding, car chasing reflection of 1940s policing. As you’d expect, there’s no shortage of shootouts, but the uniqueness lies within the interrogation-based gameplay. Players can scrutinize characters’ tell-tale signs in order to reveal the truth, in turn rising Phelps through the ranks of the LAPD by solving hardcore crimes. 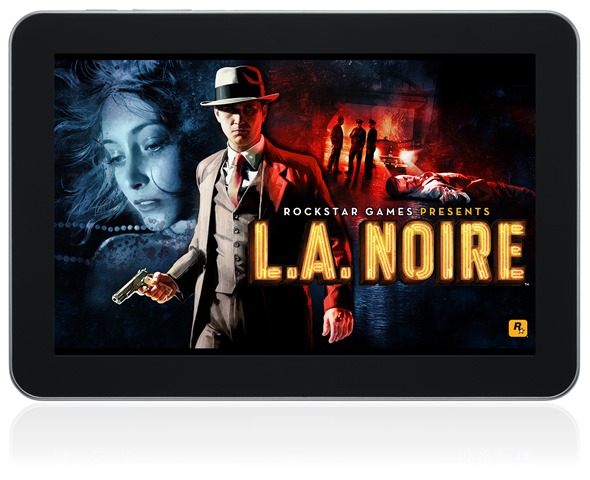 OK, so it’s a great title, but why should you care? Well, today, courtesy of OnLive technology, L.A. Noire: Touch Edition has released for touch-based tablets, with the developer touting it as "the highest-performance game BY FAR ever designed for tablets."

In an era of endless shoot-em-ups, it’s nice to see a game with a somewhat different spin – breaking the monotonic cycle which has seen many try and emulate the unstoppable Call Of Duty series.

Specifically re-thought for touch-enabled play via mobile cloud gaming, those already owning the OnLive version of L.A. Noire (or L.A. Noire: The Complete Edition) will find their game has already been updated for touch play.

With OnLive, you can play it on Tablet, PC, Mac and TV, via the OnLive Game System, with a single purchase. OnLive’s cloud gaming app still hasn’t been allowed past Apple’s stringent App Store moderation system, so only Android tablet owners can enjoy L.A. Noire on their devices at this moment in time.

If you want to try out L.A. Noire: Touch Edition, grab the OnLive app from the Google Play Store and purchase therein.

Thanks James for the hat tip!