With Microsoft’s huge success in getting controller-less gaming to the masses thanks to its Kinect hardware, it will come as no surprise that the Redmond outfit is looking to bring similar technology and functionality to Windows 8.

According to a report from Windows8Italia, the current Milestone version of Windows 8 sports a new ‘Sensor Control Panel’ which makes reference to a ‘Detect Human Presence’ option. Couple this with already leaked slides showing software recognizing people ala Xbox Kinect and the pieces start to fall into place. 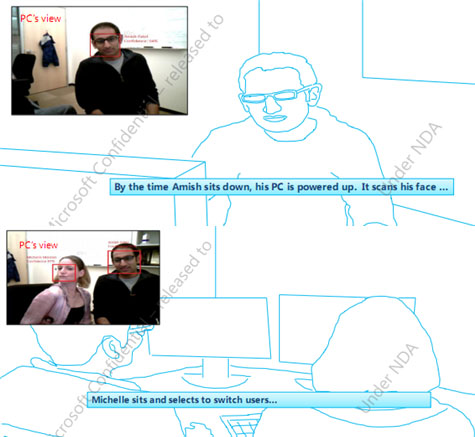 In slides leaked in June of 2010, Microsoft showed off plans for a PC to recognize a user’s face upon their sitting down and to then take action based on the user. Logging in based on your appearance was new at the time, but we’re all doing just that with our Kinects right now – bringing such functionality to Windows would make sense, especially considering so many PCs now come equipped with webcams and the like. The trick would be making the software work with all hardware and not just the sophisticated Kinect, with its twin-camera setup.

News that Microsoft is looking to push the boundaries of personal computing is very much welcomed here at Redmond Pie. In an era where so much innovation seems to come out of Apple’s Cupertino headquarters we’re pleased to see Microsoft can still hold its own.

Now, let’s hope such features don’t get stripped for the final release.