There can be surely no better example of a wholesome family fun than messing about with your parents iPhones in order to play a cruel, but hilarious prank on them. It’s extremely important for adolescents and teenagers to have an active social life these days, especially considering we live in an age where reputation and the opinions of our peers matters so greatly. That’s why no-one can really have any ill feeling towards a Reddit user who perfectly pranked his parents with this simple iPhone trick.

We should warn you right from the start that this prank is extremely childish and in no way represents the mature attitude that we would expect kids to show towards their parents. With that in mind, it’s perfectly executed, and let’s be honest here, every kid deserves to throw an awesome party once in a while, right? By utilizing the iPhone’s ability to add text-based shortcuts, this user was able to get hold of his mother and father’s iPhones, and changed what was displayed when they attempted to type in the word “No”. It’s like he knew his parents attitude towards teenage partying and pre-empted the negative response. Go figure. 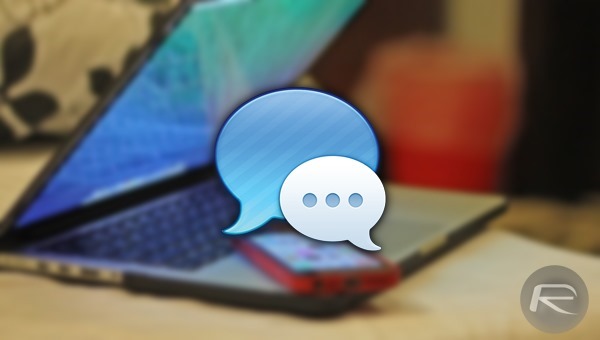 As part of a group iMessage with his “Mom” and “Dad”, he asked. “Hey guys can I throw a party tmrw [sic] night”. As you might expect, his mom fired back with what she thought was an immediate “No” response, but due to the addition of the shortcut was actually sent as “HELL YES”. That’s where the confusion kicked in as she can’t actually work out what’s going on and why she’s unable to reply with a simple “No”. Step forward the man of the house, to express his dominance over the situation, or so he thinks. 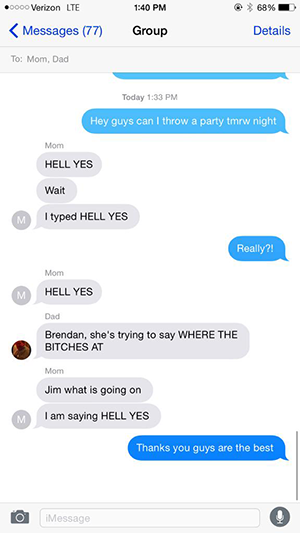 When this user’s dad gets involved things just get even funnier; the shortcut on his phone has been changed to display “WHERE THE BITCHES AT”, every time he types the word “No”. Not only does he have express written permission to have his party through the medium that is Apple’s iMessage, but anyone reading this from the outside will believe that his parents are not only happy for him to have the party, but are actually extremely excited about it judging by their responses. A simple prank, executed perfectly on unwitting parents who clearly don’t have the most advanced grasp of their smartphones. Well played, sir.