If you are the smart and sophisticated kind of person who carries around an iPhone or iPod touch with you, then it is immediately evident that you appreciate the finer side of technology. Regardless of the iOS/Android divide, users of Google’s mobile operating system will have to concede that Apple’s iOS devices are of premium quality. 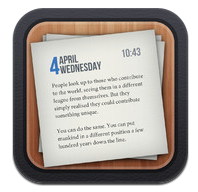 With that premium manufactured hardware, it stands to reason that users will want to compliment their device with premium apps which offer a great experience day in and day out. Personally speaking, I don’t exactly lead an exciting and thrilling life and tend to do the same thing day in and day out. However, if you are the opposite of me and find yourself in situations that create great memories then it may be worth tracking those experiences with the new Journalized app by developer Andrew Hart. 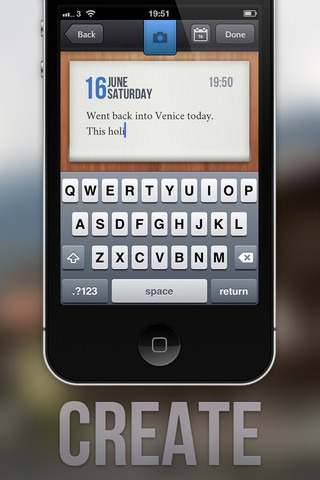 The idea of a journal application for mobile devices isn’t a new thing, but as we have found so often in the past, it is generally the implementation of an idea that set mobile apps apart from competitors. Journalized goes down the path of offering a very simple feature set, but doing it in a very elegant and attractive manner that entices the user into actually wanting to capture their day’s events. 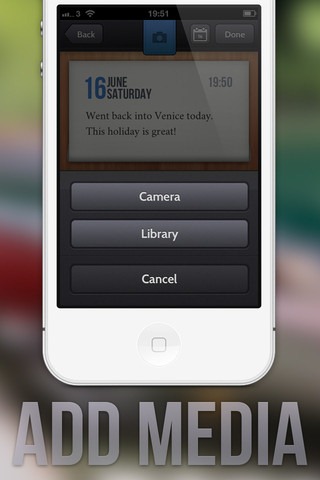 Journalized allows multiple activities and memory points to be captured into the app for each day, meaning that nothing will go unrecorded, no matter how many exciting things happen on any given day. Thankfully, this particular journal-taking offering doesn’t suffer the shortcomings which others have by only allowing one entry per day. Users can also opt to capture and embed media into the daily journal, which adds a whole new dimension to the over-all experience. Any photo which is taken using the app can also be saved directly to the device’s camera roll for use in other areas. 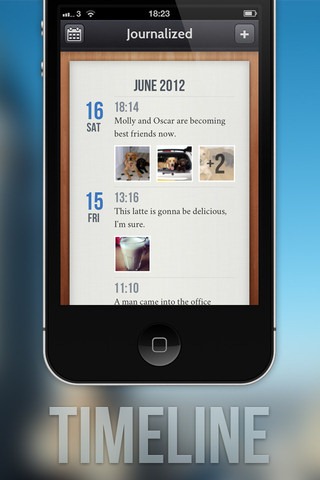 The native calendar view is also an attractive part of the Journalized app. If a particular day’s events stick in memory, users can quickly jump to that day with a single tap rather than having to flick through reams and reams of captured memories to find what they are looking for. Putting the functionality on one side, Journalized should appeal to users purely based on the simple user interface. Clutter free and simple to use, it definitely acts as a blueprint for how a piece of mobile software of this type should function. 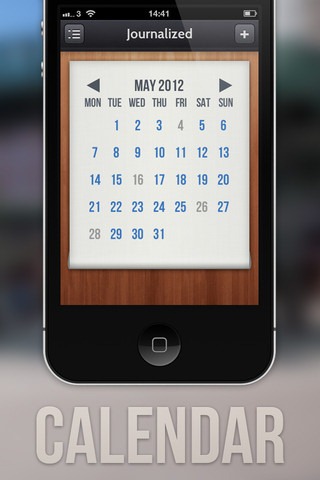 Download Journalized for the iPhone and iPod touch [iTunes Link]