Although I’m not much of a gamer myself, I do often enjoy rolling back the years by wiping the dust off my old SNES or SEGA Genesis and reminiscing on what it used to be like to play the classic retro games. The simple graphics look terrible nowadays compared even with my iPhone, let alone the Xbox 360 or PlayStation 3, and although there’s always a little anticipation before playing the old favorites, more often than not, disappointment soon follows.

With a new Kickstarter project, however, you can enjoy the best of both worlds – a retro-looking console which actually manages to play a decent game as well. 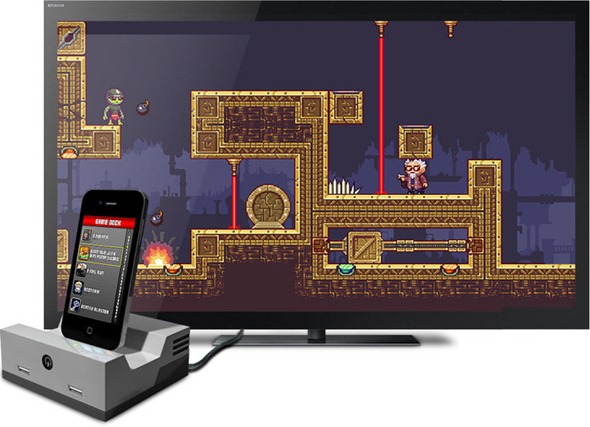 The intuitively-named GameDock is yet another interesting outlet of Kickstarter – a place for start-ups to gain support for technological products of interest. Basic in concept, it turns your iPhone into a rather awesome games console.You simply dock your device into the GameDock – as you would have done with those old cartridges you used to blow on in order to work (gosh, I miss those days), and it connects to your HDTV, allowing you to game the old school, and let’s face it, proper way.

If you don’t fancy dunking your dearest device into the dock, you can always pair up via Bluetooth, although in all honesty, doing so would, in my opinion, ruin the old school experience somewhat. 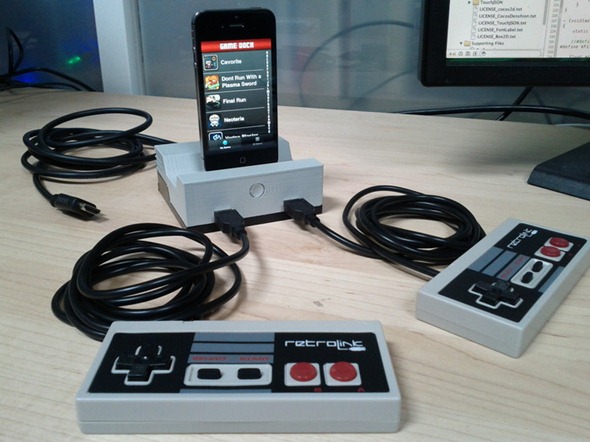 Thrown into the deal is a USB controller complete with physical buttons (much better for intricate gaming than a touchpad, I think we can all agree), while the GameDock also features a HDMI port, ensuring the quality is at optimum level.

The controllers themselves are a personal highlight, and while similar to the old SNES controllers of the late eighties-early nineties, they actually manage to look even more retro, as you can see from the images. 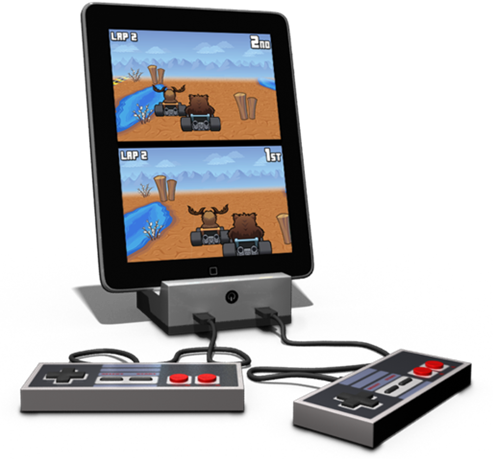 This isn’t the first time product makers have tried to pull the nostalgia card on gamers, either. There are several arcade-like devices which morph a technologically-advanced iPad into a retro, freestanding portal complete with the old plastic joypad and two buttons.

If you sometimes long for the old days of gaming via TV, and dropping your cartridge into your boxy console, then why not head over to GameDock’s Kickstarter page and show your support?