If you happen to respect and admire Steve Jobs for what he achieved during his life, then the news that the jOBS movie is set for an April release in local theatres should definitely perk those interest levels. The official announcement of the release comes when Open Road Films and Five Star Feature Films came to a mutual agreement regarding distribution of the movie, and although it isn’t the official movie of the Apple co-founder’s life, it should definitely serve to whet the appetite of those who want to learn the story behind his rise to fame.

The indie produced jOBS movie hasn’t had anywhere near the same budget as the official creation and takes inspiration from the Walter Isaacson’s biography, but it is set to tell the story of Jobs from a lowly college dropout who snuck into classes about typography and calligraphy to become one of the most successful and and important business leaders of modern times. The announcement surrounding the April release means that jOBS will be the first film to be released that tells the story of Steve Jobs life, played so convincingly by Two and a Half Men actor Ashton Kutcher.

The second movie, which has the writing might of Aaron Sorkin behind it, is due for release at a later date, but considering this movie covers twenty-nine years of Steve Jobs’ life from 1971 to 2000, it should definitely have enough information in it to keep even the hardcore Apple fans happy. Although some may argue that Jobs excelled toward the end of his career with the release of the iPhone and success of the iPad, the years covered in jOBS see him co-found Apple Computers, NeXT and Pixar before ultimately returning to spearhead Apple’s rise to glory. 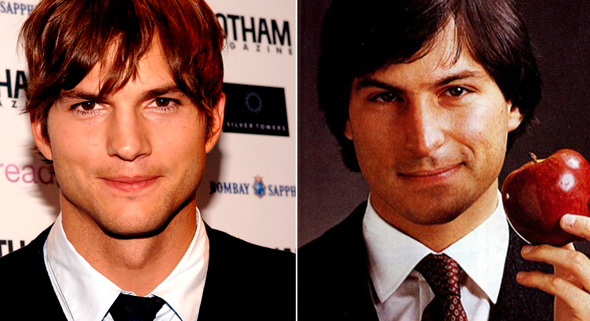 Although the movie itself will officially be the closing picture of the Sundance Film Festival on January 27th in Park City, Utah, it’s undoubtedly great news that the producers behind the movie have managed to secure a distribution partner to allow the world to see his life through the camera. Most of us have only seen the professional side of Steve Jobs, but now thanks to the jOBS movie, it’s been promised that we will get to see an “immensely personal portrait” of the man that has inspired so many.