With this year’s CES just around the corner, the world wide web is rife with speculation surrounding the possibilities of what we will see during the event. Various arms of Samsung Electronics are already confirmed to be exhibiting their works at CES, with a number of teasing videos whetting our appetites for a potentially big announcement during the trade-show, but could this leaked image show us exactly what to expect from the Samsung Galaxy SIV ahead of any possible announcement during CES?

The leaked image has been shown by the guys over at SamMobile and apparently comes courtesy of an internal source over at Samsung. There is no branding or model indication on the image, but the source is going as far as to say that the image shows off the next-generation Galaxy S device, potentially showing Android fans just what their next smartphone will look like.

If the leaked image does turn out to be the real-deal, then it looks like Samsung has finally moved away from embedding physical buttons on the handset in favor of allowing the user to control the device purely through the use of software generated inputs. The shown handset also bears a striking resemblance to the lovechild of the current flagship Galaxy S III and the Galaxy Premier. Whether or not this design familiarity adds any legitimacy to the claims of the image is anyone’s guess. 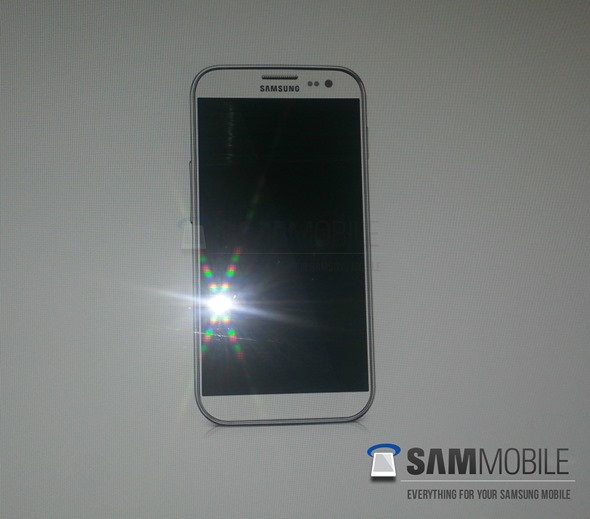 Rumors have been circulating for  a number of months about the Galaxy SIV, and although the leaked image didn’t come with any technical specifications of the device, it does show that Samsung hasn’t paid a great deal of lip service to stepping away from their tried and trusted Galaxy S series design patterns. Speculation in the past has suggested that the SIV will come powered by a quad-core Exynos processor, 2GB on RAM on-board and running Android 4.2.1 as stock.

We won’t know if this is a legitimate representation of the next-generation Galaxy S smartphone until Samsung chooses to let us into the bigger picture. Although we have a gut feeling that this isn’t the real device, it’s likely that it wont be a million miles away from the handset that Samsung actually release. What do you guys think? Real or a well put together hoax?