Aaron Sorkin, writer behind the forthcoming film about Apple co-founder and former CEO Steve Jobs, has today revealed exactly what kind of format the motion picture will take. Sorkin already revealed it wouldn’t simply play out like your archetypal life story, and today, has revealed it will be separated into just three scenes – each lasting thirty minutes.

The scenes will cover Jobs backstage prior to the unveiling of Mac, NeXT, and the original iPod, and although other details remain scarce at this point, the unconventional format is certainly one which will ramp up the intrigue.

Sorkin, the screenwriter of the last big tech film in The Social Network, which detailed the rise of Mark Zuckerberg and Facebook, will be competing against another movie in which Jobs will be the protagonist. Produced by Inferno Entertainment, the other movie stars Punk’d punk Ashton Kutcher, and is showing right now in Cannes.

While we’d probably rate Sorkin’s offering as by far the most anticipated, both movies will undoubtedly be viewed by millions, and I only hope they each manage to do justice to one of the greatest innovators of our time. Not only did he bring some of the most iconic products to market in the iPod, iPhone and iPad, but his personality and mannerisms were also one of a kind, and as such, tech fans far and wide will be hoping these two movies are as entertaining as they should be. 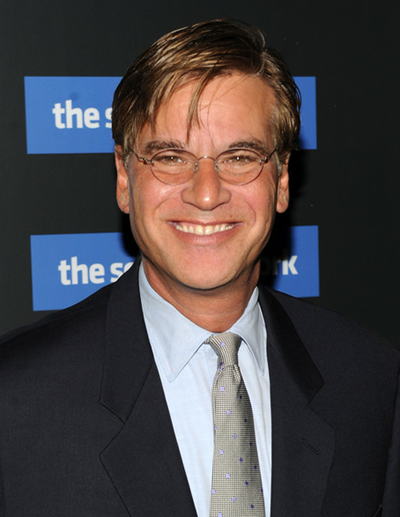 With Kutcher already pictured as looking like a legit twenty-something Jobs, one has to wonder who Sorkin has lined up to take the role of the late, great orator in the Sony-backed iteration. Regardless of who takes on the burden of playing Mr. Apple though, the format suggests we’re going to get a good look at the work and creativity which has driven the company’s products, rather than a mere tell-all biography, which is great news for those of us that love our tech. Besides, we’ve already had the Jobs life story as told by Walter Isaacson, and since Jobs is said to have been rather temperamental in the build-up to some of his keynote speeches, the movie looks set to take on a very exciting prose.