Steve Jobs Returning To Apple, As Played By Ashton Kutcher, In The Upcoming Movie [IMAGES]

jOBS, the upcoming indie film documenting the life of Steve Jobs from 1971 to 2000, stars Ashton Kutcher, a lead role decision which has proved very divisive. Whilst we all debate whether the Punk’d, That 70’s Show, and Two And A Half Men star is up for the task, there can be little argument that he does look the part.

Snapped during filming, these images are of Kutcher representing Jobs in the nineties, at the point when he returned back to the helm of Apple. The late, great, Cupertino co-founder was just as famous for his attire as his innovations, and despite being a high-flying, multi-billionaire CEO for much of his life, he wouldn’t have looked out of place as a garage mechanic.

The film is one of two set to tell the tale of Steve Jobs, and although we’re largely undecided about the Ashton Kutcher version (mainly because of Kutcher himself), the alternative version certainly sounds like it could be of mass interest. Created by Sony, it is currently being written by Aaron Sorkin who was, for those of you who don’t remember, the guy behind The Social Network.

Given Sorkin’s stripes in writing fascinating tech-orientated movies, we’re expecting more of the same this time around, and as Walter Isaacson learned, telling the tale of Steve Jobs isn’t as difficult as it would be with others given the intriguing, turbulent life Jobs led. 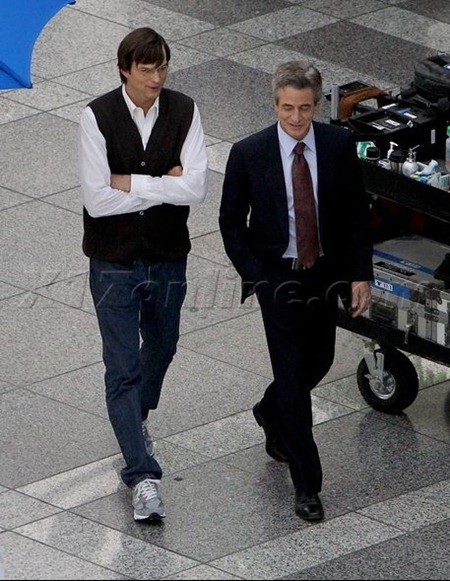 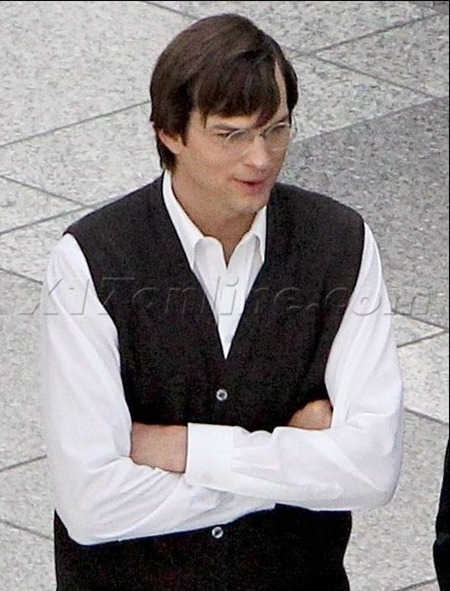 Sorkin has already stated his version will not simply be a storytelling affair, and will capture dramatic events to really captivate the audience. Certainly, The Social Network was a huge success in telling the story of Mark Zuckerberg’s rise to prominence with Facebook, but perhaps we’re not giving Kutcher.

Everybody expected the guy to flunk when replacing Charlie Sheen, and while the show’s ratings have gone down, I do believe some see him as less of a [censored] than they may have used to. I still have my reservations about him playing Steve Jobs, but I’ll reserve judgment until I’ve seen the movie.

What do you think? Are you looking forward to jOBS? Or do you also believe the Sorkin iteration will be the clincher? Leave your thoughts via the usual mediums below!