Just yesterday, a little digging by Ars Technica revealed that Samsung had rigged its Galaxy Note 3 device for benchmark tests in order to make it appear as though it performed at higher levels than it did. But while Samsung may have born the brunt of the criticism – not less since, this has happened before with the International Galaxy S4 – the problem doesn’t begin and end with the South Korean company. Nope; as it transpires, many of the market’s well-respected vendors like to, shall we say fine tune certain aspects of a device’s make-up to reflect favorably when those benchmark apps are running, and the fully classified list, as collated by AnandTech, makes for very interesting reading.

As you can see, while the Note 3 is a very obvious culprit – cheating on essentially all of the benchmark tests – plenty of others are also in on the act. Included is the Note 3’s biggest rival in the LG G2, HTC’s much-lauded HTC One and Mini, as well as the ASUS Padfone Infinity. As you will also notice, Google’s Nexus 4 and Nexus 7 both manage to keep their noses clean, although since each offers a pure Android experience right off the bat, are scrutinized less for their specs. 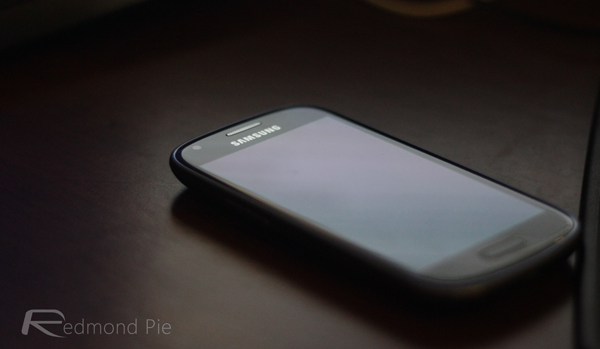 What the findings do show, however, is that despite the fact that other manufacturers are looking to shine and attain credit in benchmark tests unfairly, Samsung is still the worst offender, and with quite a few roars of bemusement in reaction to the kind of practice solely followed with the intention of deceiving the consumer, I think you’ll join us in stating that we hope to see this behavior eradicated.

Surely, the move to try to trick benchmark tests will backfire on Samsung, and with the Note 3 already having shot itself in the foot with its region-locking, one has to wonder just how much of the company’s sizeable marketing budget will be needed to get the launch of the company’s third flagship phablet back on track. 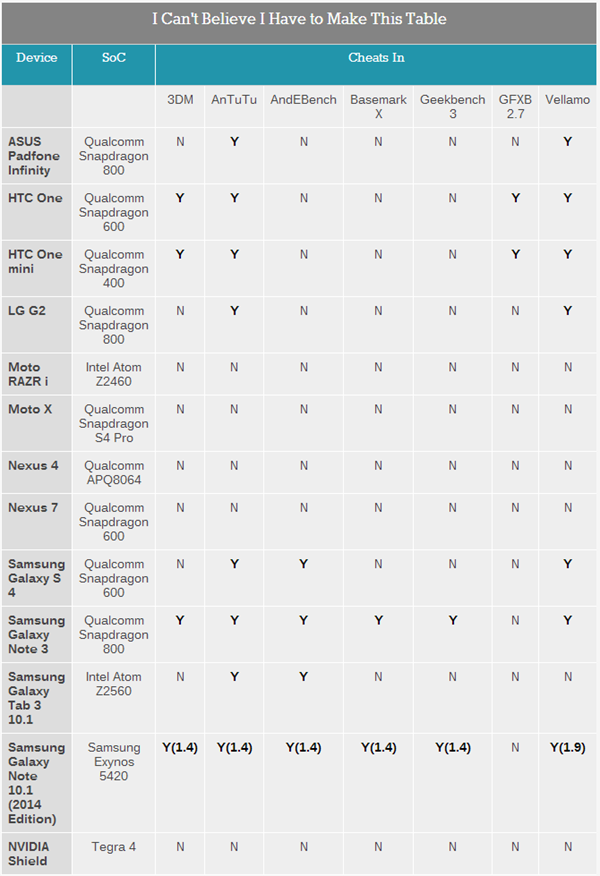 What do you think, is it right that companies are tweaking devices to show artificially high results in benchmark tests, where the real-world value is non-existent? Do share your thoughts in the comments section below!