Is This The World’s Longest iPhone Passcode? [Video]

Manufacturers of devices and security conscious individuals are always telling us to be extremely protective and wary of the personal data that we store on our mobile devices. Those who design and build mobile platforms, such as Apple and Google, make a point of integrating functionality that allows security to be placed on those devices running it. Fingerprint detection and the ability to store an access passcode are two examples of this security conscious approach. With that in mind, there’s a new video going viral on the Internet that shows how setting up a secure passcode can be taken to the very extremes of sanity.

It’s always extremely prudent to be additionally careful when it comes to securing your own data on a mobile device, such as an iPhone or iPad. Setting up a four-digit or six-digit passcode along with fingerprint detection via Touch ID is generally deemed to be the way forward. However, some people do like to input a slightly longer passcode or alphanumerical password that better secures their information. However one person who was captured on video entering what can only be described as the world’s longest passcode, may have taken things a little too far. 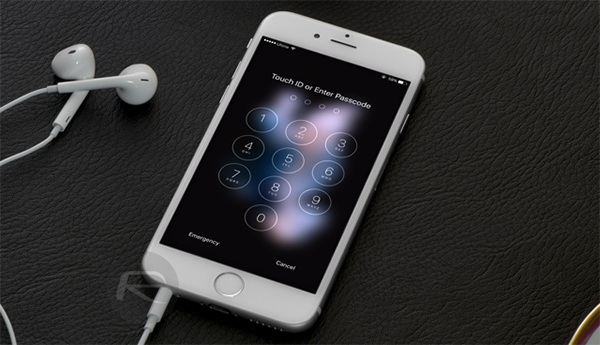 The person in the video was filmed on the Japanese subway system accessing his iPhone by inputting the longest passcode that’s ever been created. One Twitter user just happened to be sitting over the shoulder of the individual filming the whole thing. The filming of the event is as bizarre as the passcode length itself to be perfectly honest. Nevertheless, the video has managed to get into the public domain and is currently going viral across the web as people look on in amazement at the sheer length of the code required just to unlock the iPhone in this video.

The whole video only lasts seventeen seconds, but twelve of those involves an extremely cautious iPhone owner entering his passcode. Madness. We can only imagine the amount of time this individual has lost in productivity from simply wanting to check the weather or download an app from the App Store. If Apple ever needed a perfect real-world example of why Touch ID is a fantastic invention, then this is most definitely it. Check out the passcode in action in the video below for yourself.