Is This The Next-Generation “Low-End” iPhone Which We’ve Been Hearing About All Along? [PICTURES]

Several pictures were released in the wild today allegedly depicting a next-generation low-end iPhone, following many reports over the last few months that Apple could be planning to ship two iPhone models in the Fall.

In the pictures, we can see what looks like a cheaply-built white iPhone 4 running Cydia, interestingly enough, suggesting that the new device would already have been jailbroken. Wait, a device jailbroken even before its release?, that’s highly unlikely to happen. 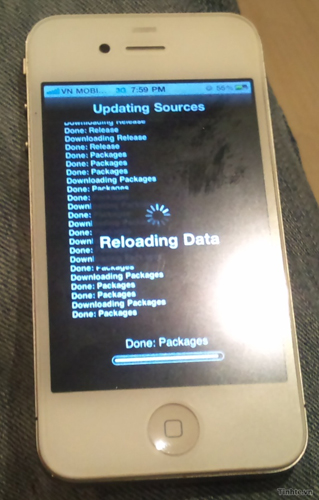 The phone’s back also just like the one found on the current iPhone 4, with no apparent change in the camera configuration or layout, unlike what was previously rumored. 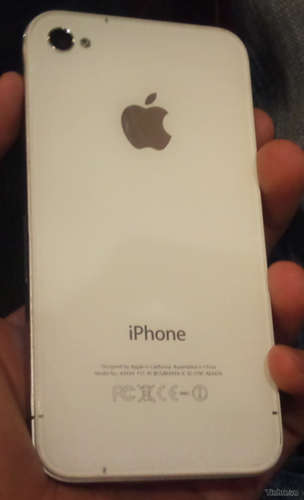 The only difference between the white iPhone 4 and this alleged prototype is the material used to make the casing: while the white iPhone 4’s case is made of glass, this one seems to be comprised of two cheap plastic sheets. The device is allegedly faster as well, according to the forum post. 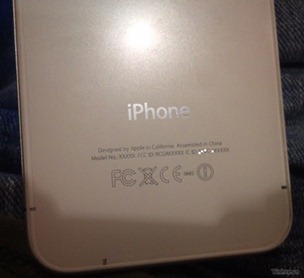 Some other information that you want to transfer to you is that this machine seems to run faster than the iPhone 4, lighter weight and two glass front and back seem to have been replaced by two plastic sheets,

These pictures were originally posted on the Vietnamese forum and allegedly came from a "reputable source", although a post made by a random member is all but credible. As many have pointed out, it would be incredibly easy for the iPhone 4’s casing to be modified using a conversion kit, which is what most likely happened here, given the visible marks on the back cover. An Apple-assembled device would very hardly show any signs of poor assembly. But since these photos are of a “prototype”, maybe an exception on the build quality can be made.

While these pictures were likely nothing more than a Thursday morning diversion, it’s been rumored in the past that Apple might be working on several new iPhone models to address different market segments. Aside from the iPhone 5, which would be the iPhone 4’s direct successor, Apple is said to be working on a lower-end iPhone to be sold without a contract for a lower price. Rumors emerged today that a new iPhone would be released in the second week of September, which is in line with previous reports which have predicted that Apple will unveil the new phone at its annual music event in the first half of September.

This one, however, is likely not it.