With iOS 10.3.2 final version now out, is it any faster when compared to iOS 10.3.1 that it replaces running on older devices?

Apple has officially released iOS 10.3.2 to the public, which means that it will be installed on millions of iPhones, iPads, and iPod touch hardware all around the globe. Some people will instantly move across just to be one the latest version of the platform, whereas others will only move across if that release offers tangible improvements. As always, we once again have a series of videos pitting final version of iOS 10.3.2 against its predecessor, iOS 10.3.1. 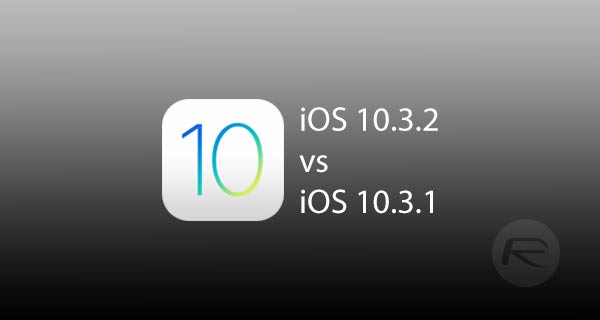 A similar format to what we have become accustomed to is once again honored here. The videos showcase an array of iPhone hardware with iOS 10.3.1 and the latest iOS 10.3.2 installed onto those devices. Each device is set up exactly the same with the aim of trying to have as accurate a test as possible to determine how each device performs purely based on the software installed. We can’t really expect Apple to have made any significant improvements with iOS 10.3.2, but we can see exactly what has improved if anything.

Similar to previous releases, this latest public release performs slightly better on a cold boot-up on iPhone 5, iPhone 5s, and iPhone 6. However, rather bizarrely, it’s actually iOS 10.3.1 which manages to boot up quicker on Apple’s iPhone 6s. This isn’t entirely unusual however as we have seen this with previous releases as well. The improvement is also extremely marginal which means owners of those devices aren’t exactly going to be blown away by the improvements put in place. Still, improvement is an improvement, no matter how small.

Very few people will actually care about the length of time it takes a device to boot. The reality is that not a lot of users will actually shut their device down on a regular basis, meaning that once it’s up it’s up. It also looks as though iOS 10.3.2 doesn’t really bring many improvements where app launching and data interaction is concerned. The launching of a number of stock apps, such as Messages, Mail, and Photos, offer virtually identical loading times on both versions of iOS. Interacting with content also offers a virtually identical experience.

All-in-all, anyone upgrading from iOS 10.3.1 to iOS 10.3.2 can expect to receive a largely similar experience. There’s no real stand-out improvement boost, which in all honesty we’d expect from a minor point release.