One of the most anticipated game title of the year has finally arrived on the iPhone and iPod touch. Gameloft’s Iron Man 2 brings the magic of the superhero film, based on the Marvel comics character named “Iron Man”. Here is a quick look at all the features that the game offers. 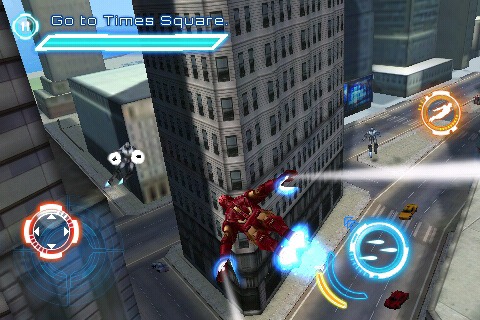 PLAY WITH IRON MAN OR WAR MACHINE
Play as Iron Man for speed and agility or suit up as War Machine for maximum firepower. Both suits offer easy-to-learn controls and the ability to run, hover and fly at will. You’ll also have the chance to jump into the Mark IV, Mark VI, Stealth and underwater suits. Whether you prefer to pound your foes in melee combat with your fists or to lay down the destruction from a far with your weapons, you can upgrade your suit after each stage with improved weaponry and abilities to devastate your foes.

A BLOCKBUSTER GAME
Based on the most anticipated film of the year, Iron Man 2 delivers all the same action and excitement you’d expect from the movie with epic battles and massive enemies that will leave your chest pounding.

STARK OPPOSITION
Tony Starks enemies have their own super suited drones and they want to take Iron Man and War Machine down. Fight Ultimo, Firepower, Whiplash and armies of other enemies to prove that the only the original armored hero is the best.

THIS FIGHT IS GLOBAL
Battle across 9 locations across the globe constructed in full 3D, from Stark Expo in New York to a jungle war zone in Somalia.

HEAVY METAL
Get charged for battle with a powerful rock metal soundtrack including the rock classic, Iron Man.

ACHIEVE GREATNESS
Connect to Gameloft Live and unlock 25 different achievements that you show off to friends and prove you’re a real Iron Man. 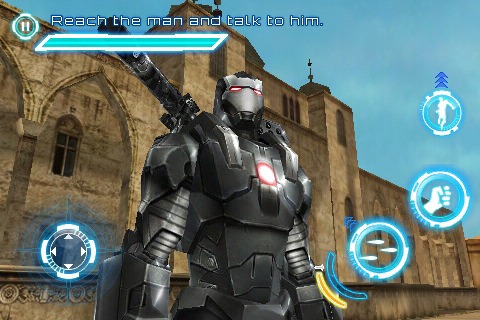 Visuals, like any other Gameloft’s title are great, with interesting plot and storyline from the movie which should please all the fans of this Marvel comics character. Here is a short video, which shows the gameplay in action.

Iron Man 2 is now available in the App Store (Non-US, International Only) for NZ $9.99 for the iPhone and iPod touch. An iPad optimized version will hopefully follow soon. US App Store availability will be made in the first week of May. You can download it through the link given below.