The iPod was the catalyst for Apple’s initial transcendence towards becoming the world’s most valuable company, and although the MacBook, iPhone and iPad devices dominate most column (and shelf) space throughout the digital world, we should never forget where each of those aforementioned innovations originated from.

Then again, most smartphone users needn’t bother keeping up with the news regarding any iPod, for each and every iPhone, Android, and Windows Phone packs some form of music player in as standard. Still, out of respect for what the iPod has brought to the game, it’s only right the device gets a respectful level of coverage – despite the huge media focus on the upcoming iPhone 5, Nokia Lumia 920, Samsung Galaxy Note II, and so on. 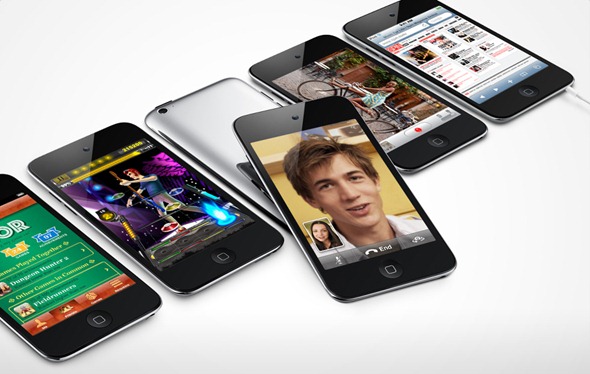 We’ve seen the odd sprouting report over the past couple of months with regards to the iPod nano and iPod touch, and it has been suggested on numerous occasions that Apple will radically redesign the former whilst bringing incremental changes to the latter. The nano is the only iPod seeming to have gotten any real attention over the past couple of years, and the current watch-like form factor is apparently set for a major redesign, morphing to an oblong design packing a larger, rectangular display along with – get this – a home button.

The home button isn’t the only trait, the new nano will purportedly share with its iOS-running cousin either, and as well as including Wi-Fi capabilities and support for iTunes in the Cloud, its operating system is also said to further represent iOS. Thinking about it, if Apple is planning to keep the nano running for the foreseeable, it would make sense for users to be able to download and sync content on-the-fly – even if only over Wi-Fi. 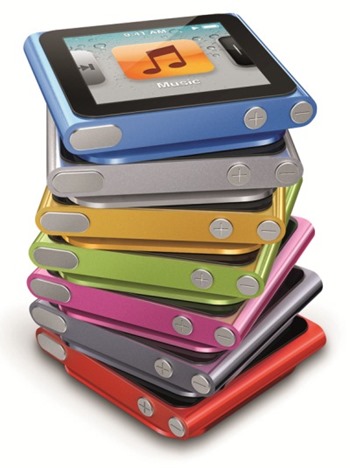 As we’ve mentioned in prior reports, it does looks similar to the old iPod mini, although the home button sits relative to the area previously covered by the old click wheel.

Although, it is yet to be seen what the new iPod touch will bring to the roster, carrying the same old design for the past couple of years, we’re expecting some sort of revamp, such as the inclusion of a larger display which the iPhone 5 will hold, or probably a tweaked processor, which would turn the iPod touch into a gaming powerhouse. All of the speculation is yet to be to rest in the coming week.