Although the talk of new iPad and updated Apple TV will undoubtedly dominate the headlines concerning Apple’s media event in Yerba Buena, that doesn’t necessarily downplay the rather significant software releases bundled into proceedings.

With Tim Cook affirming Apple’s position as advocates of the post-PC era, the fruit company has now ported its popular image managing app iPhoto through to iPad and the iPhone. With the third iteration of its coveted tablet device now home to a brand-new Retina display and a more agreeable camera, it makes perfect sense for iPhoto to be the app used to showcase the capabilities of the new additions. 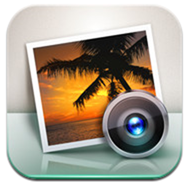 First released as part of the iLife suite back in 2002, iPhoto has been the Mac app of choice for the importing, organizing, editing, printing and sharing needs of users ever since. Recently, Apple has increased social features, adding strong integration with the world’s most popular social network – Facebook. 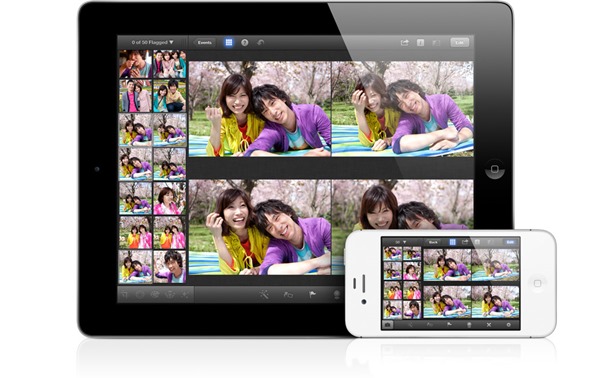 iPhoto is likely to be a huge hit with iPad and iPhone users, and not just because the new device is more adept to image manipulation, either. The iWork suite, which consists of Keynote, Numbers, and Pages, has been hugely popular on the iPad, fending off rivaling apps which have tended to base design and functionality around Microsoft’s Office suite. 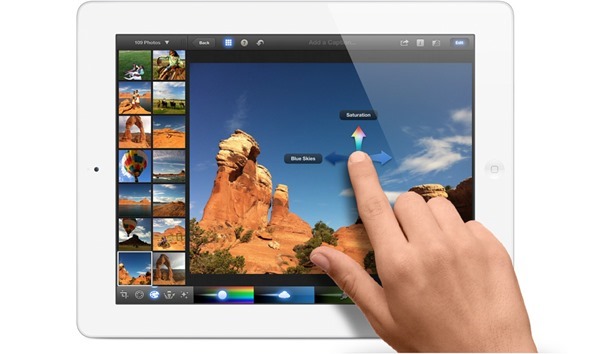 The iPad version of iPhoto is available right now for the very reasonable price of $4.99. Obviously, if you’re planning on purchasing the new iPad, you may – if you have the patience – want to wait for the release date before trying it out. Then again, having seen so many products shown off in a short space of time, it figures you may want get your hands on whichever you can, as quickly as possible; We don’t blame you, really! 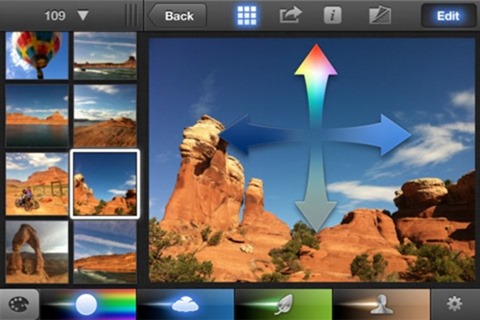 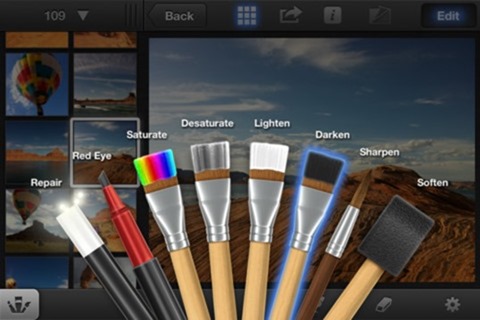 If you try out the new iPhoto app for iPad, please let us know what you think; specifically if it is as good as the Mac version, and if it ‘works’ as an iPad app better than it does as an app on a desktop or notebook. 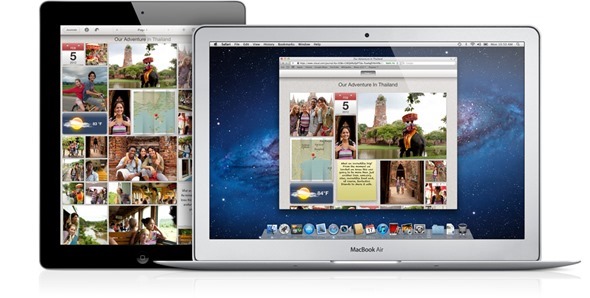