The tablet and smartphone markets are certainly crowded, although all devices in these two categories perform the main task that is expected of them: allow users to browse the Internet on the go, even 36,000 feet above the ground. However, a new study by in-flight Internet provider Gogo suggests that a vast majority of its usage takes place on tablets, most of them Apple iPads.

Gogo is an American company that provides on-flight WiFi access to a number of airlines in the United States and Canada, including Virgin America, Air Canada, American Airlines and Delta Airlines. According to the company, which published its findings in a neatly organized infographic, shows that 84% of all devices used on its network were Apple devices, most of which iPads. At the same time, 35% of all devices used were tablets, more than the 33% that were laptops and 32% which were smartphones. Of all smartphones used, 73% of them were made by Apple, 26% were Android smartphones and Blackberry and Windows Phone combined amounted to less than 0.2%. Not surprisingly, the most used browser was Safari. 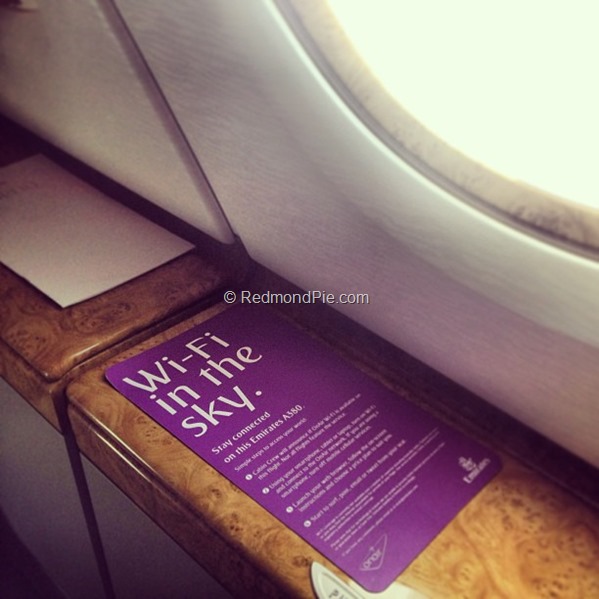 “Apple devices are still reigning above the clouds, following the tablet trend with the iPad being the device of choice.”

This result shows that while Apple’s market share in the tablet market, which has dipped below 50% in the third quarter of last year, still remains dominant as a device used by travellers everyday. However, the study also highlights that usage of Android devices on board, which pitifully low at 3.2% in 2011 according to a study conducted by the same company, has more than quadrupled to 16% this year. This certainly reflects the growth that platform has experienced over the last few years, including many high profile devices such as the Samsung Galaxy S III and the newest Nexus smartphone, which did not exist two years ago.

The study also reveals the most popular online activities performed during flights: aimlessly surfing the web topped the list, followed by work, personal emails and even social networking. All of these tasks can easily be carried out from a tablet device, which suggests that the shift from laptops to lighter and less cumbersome devices will continue over the coming years.