Whichever side of the Android / iOS debate you consider yourself, there’s no denying that each has its fair share of advantages over the other. The lack of support for widgets is something many iOS users have bemoaned since the very first iPhone back in 2007, but thanks to the marvel of jailbreaking, these individuals seldom need lament Apple’s restrictions for too long. Although the HTC One X was only a moderately successful device, it did have a nice weather and clock widget typical of the company’s Sense software. Over the years, a number of Sense UI inspired themes have been made available on Cydia for jailbroken devices, and now, the latest version from HTC One X has been ported too for those running jailbroken iPhones.

HTC certainly isn’t the only vendor to apply its own aftermarket software to its mobile devices, and although Sense has not always been as smooth as it perhaps ought to have been considering the specs of some of the devices it has run on, those clock and weather widgets have always finished it off with a touch of aesthetic splendor. 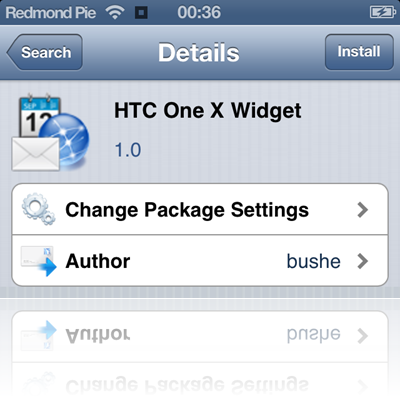 Hardcore Apple fans would never entertain the idea of "infecting" their iOS device with remnants of Google’s mobile OS, but the sheer number of Android-themed tweaks and mods available in the Cydia Store suggests not every iPhone, iPad and iPod touch user is as partisan.

The HTC One X Widget, as you can see, certainly looks the part, and it requires PerPageHTML tweak from Cydia to be installed as pre-requisite. If you’re of the opinion that PerPageHTML is a bit of a resource hog, then you may want to skip this tweak on the count of the fact that PerPageHTML is required in order to install it. 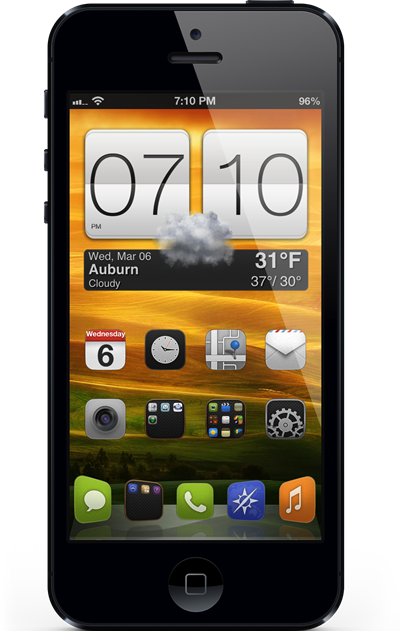 Once you’ve made the decision to install the tweak, which is freely available over at the Modmyi repository, you simply open PerPageHTML, select the available HTC One X widget option, and after a respring, voilà!

Of course, the prerequisite of PerPageHTML may be a deal-breaker for some, but if you want a taste of Sense on your device, head over to Modmyi and grab the HTC One X Widget!