iPhone 6 And 6 Plus Now Shipping In 1 Business Day; All Carriers, Colors

iPhone 6 and iPhone 6 Plus at the time of launch were a supply chain management nightmare for Apple, with demand and sales breaking earlier records at both home, and offshore. Over three months down the road after the iPhone 6 and 6 Plus debuted, shipping time estimates have been brought down to an impressive 1 business day in the United Sates from all carriers.

According to the Apple Store, iPhone 6 and 6 Plus in all colors and in the 16 and 64GB configurations from all carriers get the cut, but the 128GB configuration model still faces a supply/demand imbalance, as the shipping estimate for the device comes in at 3 to 5 business days. 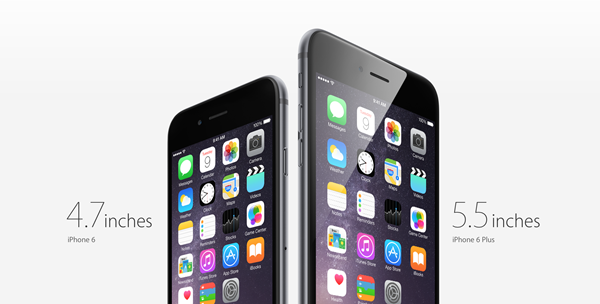 The smartphone’s supply and demand balance had gradually started improving earlier this month with an estimate of 3 to 5 business days shipping time for the 16 and 64GB configurations, and 7 to 10 days for the larger-capacity 128GB model. More so just last week, the 16 and 64GB models were showing shipping estimates at 1 to 3 business days, which have now been reduced to just one business day.

Apparently, similar improvements have been made in a few more countries as well, such as Canada, Australia, New Zealand, United Kingdom, Mexico, Philippines and more.

The situation seems to have improved in stores around the country as well, making it possible for consumers to walk into a store and purchase an iPhone 6 or 6 Plus, available from various carriers in various capacities and colors as well. 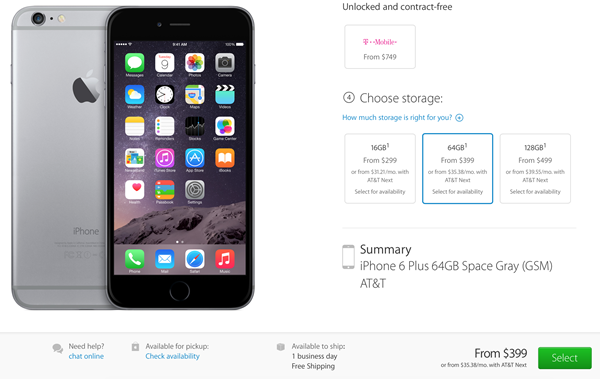 The supply side of the market has seen much improvement since the last few months where iPhone 6 and 6 Plus availability had been severely constrained given an upsurge of demand that was probably beyond Cupertino’s expectations. It was even rumored that Apple had delayed work on its iPad Pro or iPad Air Plus in order to produce more iPhone 6 and 6 Plus units to meet the increasing demand.

In October, just about a month after the launch of iPhone 6 / 6 Plus, Apple CEO Tim Cook went on record to tell us that the demand for the iPhone 6 and 6 Plus was greatly exceeding the supply, but three months down the road, looks like the company has managed to close that gap.

If you were planning to grab yourself an iPhone 6 or iPhone 6 Plus before Christmas then this is the right time to pick yourself one up!