According to research collated by numbers firm Strategy Analytics, Apple’s iPhone 5 was the smartphone boasting the highest number of sales in the final quarter of 2012. The device, which launched in September alongside iOS 6, was the biggest-selling by some margin, while its predecessor – the iPhone 4S – took second spot.

As you can see from the charts, consumers began holding off their purchase of an Apple iPhone in anticipation for the sixth-generation device in Q3, allowing the Samsung Galaxy S III to claim more market share and sell a higher volume of units than both Apple device. Of course, the iPhone 5 only saw a fraction of Q3 thanks to its late September release, which explains the low number, but in the final quarter, it really came into its own. 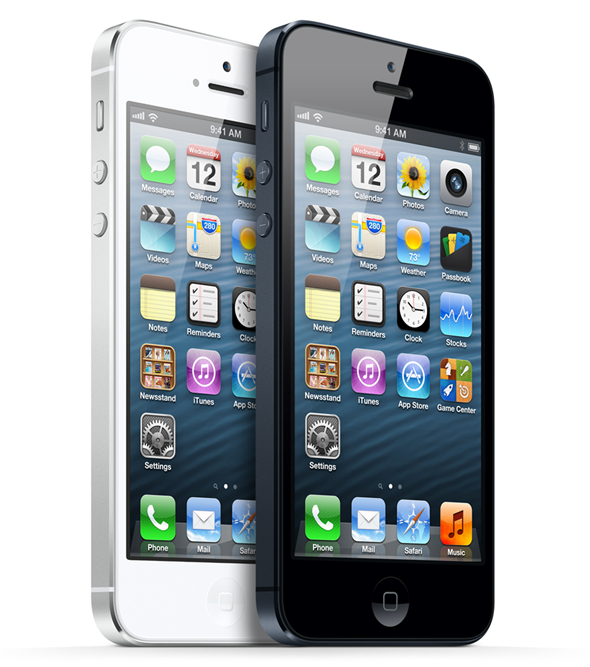 While the iPhone 4S’s market share reduced in Q4, the number of devices sold increased, which goes to show that consumers still hold the dual-core, A5 device in high regard. Of course, the fact that it became cheaper with the release of the iPhone 5 will have been a significant factor, but the two team mates both enjoyed higher individual sales, and more market share than their Korean-branded rival. 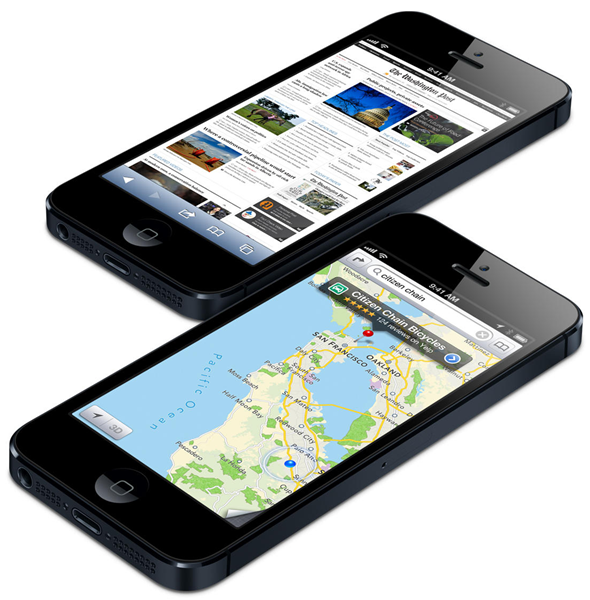 It’s always hard to gain an accurate picture of the smartphone market from these types of numbers because, although the count-ups are from a reputable source named Strategy Analytics, which company or device leads the pack is a largely seasonal affair. The timing of the iPhone 4S-iPhone 5 changeover – unchallenged by a major flagship release from Samsung – has painted Apple in a strong light indeed. But Q2 of this year – when Samsung is expected to drop its eagerly-anticipated Galaxy S IV handset – will likely turn the statistics on their head. 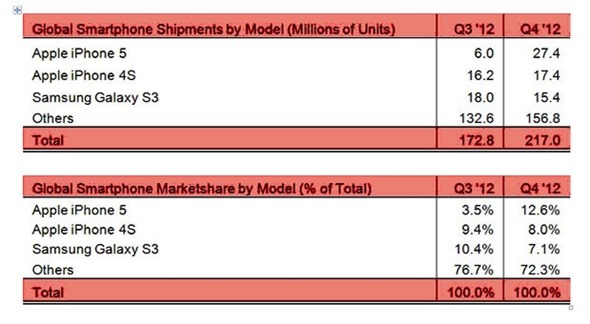 One thing that cannot be disputed right now, is that the smartphone market is very much a two-horse race. It has been a long time since the top-seller has been anything but a Galaxy S or an iPhone, and rivaling vendors will certainly need to up their games if they are to break that mold. The HTC One shows a great deal of promise, and having had a brief play around with the device at launch, it does have potential, but at this point in time, it’s hard to picture it outselling either of the aforementioned.