According to a new report published today, Apple will be holding a media event on October 4th, where new CEO Tim Cook will take center stage to unveil Apple’s next generation iPhone. 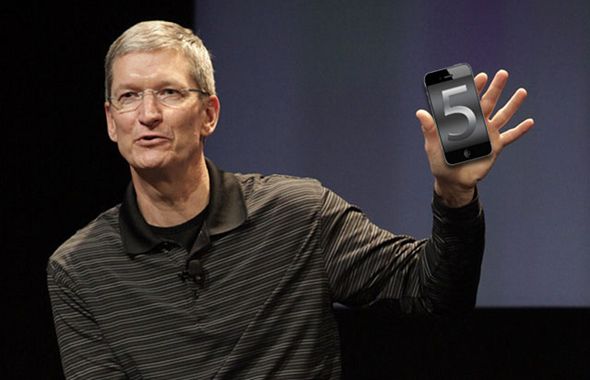 The report comes from All Things D’s John Paczkowski who cites “sources close to the situation” which claim that Tuesday, October 4 is when Apple will be holding their next media event.

We won’t know for certain which product will be announced at this media event, but all reports are pointing towards either a revised iPhone 4, an all-new iPhone 5,or both.

From All Things D:

That’s the day Apple is currently expected to hold its next big media event, according to sources close to the situation, where the tech giant will unveil the next iteration of its popular iPhone.

While Apple could certainly change its plans anytime, sources said that the October 4 date has been selected by the company to showcase the iPhone 5. Sources added that the plan is now to make the new device available for purchase within a few weeks after the announcement.

We won’t know for sure until Apple actually announces the new hardware but according to different reports, there are three different possible new iPhones: a low-end version of the iPhone 4 for folks who cannot afford a high-end smartphone, a “revised” iPhone 4 (called the iPhone 4S) which features the dual-core A5 chip used in iPad 2 and a high-end next generation iPhone (called the iPhone 5) with the A5 chip, more RAM, higher battery life, all new design, larger display and a higher-resolution camera.

All Things D previously published a report which went against previous reports in saying that the next iPhone would be unveiled in October which, as it stands, turned out to be true: there are only nine days left in September and there is clearly not going to be a new iPhone this month.

The upcoming media event is pretty important for Apple and its new CEO Tim Cook, who is expected to give the keynote along with help with other executives like Scott Forstall and Phil Schiller.