According to an all new report published today, production of the iPhone 4S and  a completely redesigned iPhone 5 with 8MP camera is ramping up, all in preparation of an October 7th release date. 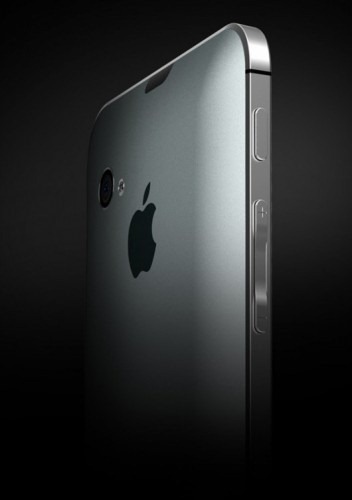 This might not sound like a new piece of information, but the reason we decided to pick this news up was because of the source: The New York Times, according to which a “fairly different” iPhone 5 is “just weeks away” from release.

We’re just weeks away from the announcement of the new Apple iPhone 5, according to an Apple employee who asked not to be named because he was not allowed to speak publicly for the company.

.. an engineer familiar with the new iPhone said it would be fairly different from the iPhone 4 — including on the inside.

Another report from 9to5Mac claims that there are indeed going to be two different iPhones launched next month. There will be an “iPhone 4 look-alike” which is expected to, well, look like the iPhone 4, but potentially have dumbed down specs to keep the price low. This low-end iPhone is in full production and Apple is reportedly going to launch it on October 7th with 10+ million units in hand. It will be aggressively priced and “be everywhere”.

We’ve heard that there are indeed two different models of iPhone coming out next month (announced this month?) We still think October 7th is the scheduled release date give or take any delays. We’ve heard the low-end model, which is essentially an iPhone 4 look-alike (glass front and back), is rolling off the assembly line in big numbers right now. Apple expects to have 10+ million of these things on hand for launch and full ramped production into the holiday shopping season. These will be priced aggressively and be everywhere.

9to5Mac also talked about the mythical iPhone 5. They say that it is indeed going to be “tear-drop” shaped, with a larger screen and slimmer body. However, it is seeing delays on at least one assembly line, so there is a chance that the iPhone 5 might be delayed or that its initial supply will be limited.

Talking about the iPhone 5’s design and features, the source suggests that it will be a beautiful device, as light as a Galaxy S II, but without the plastic build quality (which even I think is a bit cheap). The iPhone 5’s camera will rival dedicated point and shoot cameras and this feature will be heavily marketed.

The iPhone 5 itself is a sight to behold, we’ve been told. It is impossibly light, yet much firmer than Samsung Galaxy phones which are backed in plastic. The camera rivals point and shoot cameras and will be a major marketing point for this device.

Both models are expected to be announced this month and released in the next, according to the report, that is.