If you’re not a keen follower of Apple rumors, you may want to look away now, for in breaking the continual flow of iPad Mini rumors comes an update on the state of play regarding the next iPhone. The device, which, unlike the iPad talk, is actually backed up by hardware “leaks”, looks set to become a little longer, and the display, which has sat at 3.5-inches since the very first day it hit the market back in 2007, is expected to increase rather significantly, measuring in at nearer the 4-inch mark.

Aside from the screen and apparent unibody design, there only looks to be meager changes from the current iPhone 4/4S form factor which has been around for almost two years. That said, if something works well and looks delightful, there’s little need to opt for a massive overhaul, and even though a certain Korean company has overtaken Apple as the world’s number one smartphone manufacturer, the iPhone remains one of the most aesthetically-pleasing devices on the market, sans most of the Cupertino’s produce.

To offer a better insight into what may be on the horizon, GottaBeMobile seems to have stumbled across a series of images of what it describes as “iPhone 5 engineering samples.” As opposed to depicting a specific leak of a hardware part as with previous rumors, this one looks to be more of a metal mock-up, and although it does tie in rather nicely with everything we’ve been hearing, one has to wonder where exactly this mockup came from. 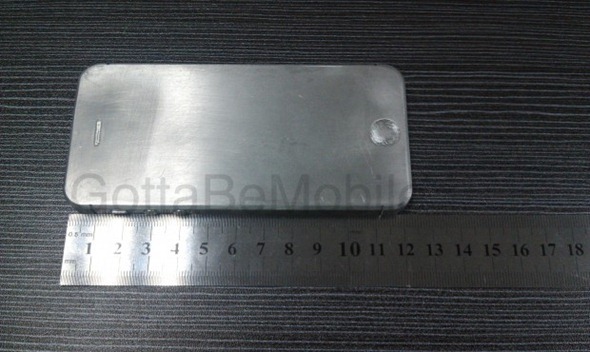 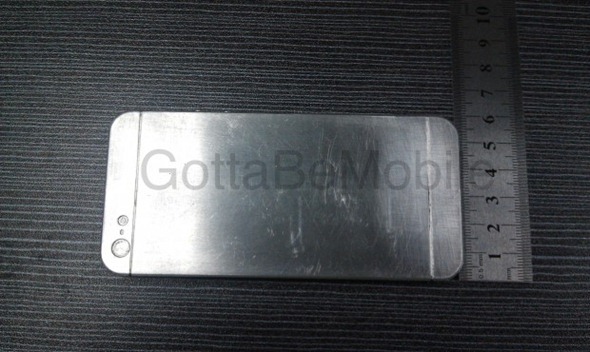 Anybody with a little nous on how to mold metal could have whipped it up, and there’s no reason to suspect this is anything more than a basis for case-makers to begin creating rumor-based fascia for the iPhone-loving masses. Previously reliable, the case-makers took a bit of a hiding last year in retailing erroneous “iPhone 5” before the eventual release of the iPhone 4S, so it’s of little surprise that we’re taking this report on board but with a significant dose of apprehension.

Of course, it could be the real deal – an engineering sample manufactured by a cog within the tight-lipped Apple supply chain, but having learned a great deal from the blogosphere-confirmed iPhone 5 of 2011, we’ll be waiting patiently for something a little more concrete.